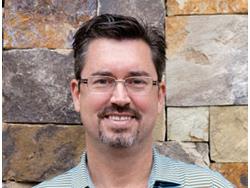 Flynn spent the last three years as vice president of sales at Broadlume, in charge most recently of new dealer sales for the Flooring Store United program.

Before that, he spent 13 and a half years at DCS Partnership Group, which provided technology-based tools and resources to support builder design centers and flooring retailers. Along with his partner, Michael Vogel, Flynn was involved in all aspects of the business. The company’s Bridgeway Interactive brand and Creating Your Space brand were sold to Broadlume in January 2020.

Before DCSPG, Flynn was hired by a division of The Home Depot branded Creative Touch Interiors to head builder sales and design centers nationally as they acquired and integrated major flooring contractors specializing in servicing production home builders. During his time there, Jay worked with the team to reach $1 billion in revenue.

After a brief stint as a distribution engineer for Florida Power & Light, Flynn began his flooring career working for Tuftex Carpets in Southern California. He held multiple sales and marketing roles over the course of 12 years and eventually launched and directed the business’s builder channel, serving as regional vice president of sales until 2003.