Annual Report 2017: Last year, the flooring industry conditions were fluid and dynamic - May 2017 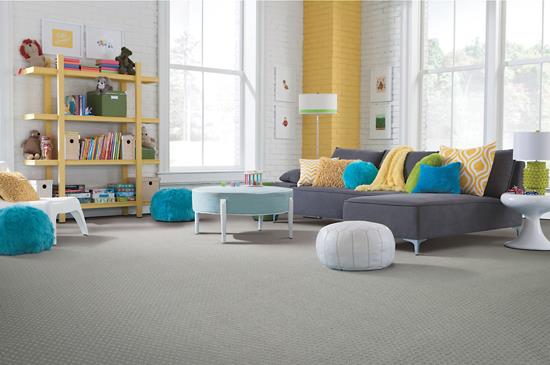 Last year by and large followed the pattern of the previous year, with low single-digit growth, commercial business outpacing residential business, and just about every flooring category ceding share to luxury vinyl, both rigid and flexible. In 2016, the U.S. flooring market grew an estimated 3.1%, according to Market Insights, with total revenues of $21.356 billion at mill sell price.

The U.S. economy grew a sluggish 1.6% last year, the lowest GDP growth in five years. But the cost of living was fairly flat, and interest rates stayed low. Unemployment started the year below 5% and continued to fall to where it stands today at about 4.5%, which many economists consider to be an almost optimal rate. Energy prices, which have been low for a couple of years, went up marginally but still stayed below what, for a span of years, seemed like the new normal. In this lukewarm economic climate, 3.1% growth in the flooring industry seems fairly healthy.

In the residential sector, where the middle of the market has been shrinking for years, activity at the low end overbalanced the higher end of the business. The residential remodel market underperformed, while the builder and multifamily markets showed healthy growth. And so far this year, it looks like the same conditions are prevailing.

THE 2016 HOUSING MARKET
Last year, the housing market was fairly robust. Existing home sales were the strongest they’ve been in a decade, since just past the peak of the housing bubble. Last year, total existing home sales, which includes single-family homes, condos, town homes and co-ops, topped 5.45 million in unit sales, according to the National Association of Realtors, up nearly 4% from the previous year. And new single-family houses sold went up 12% from 2015 with 563,000.

In terms of sheer growth, last year’s housing results look fairly good, but the size of the market is well below healthy levels. It should be closer to 800,00 or 900,000 units, which is where the market was at the turn of the century. At the peak of the housing market in 2005, sales of new single-family homes climbed close to 1.3 million, then plunged to just 305,000 in 2011, and it has been climbing for the past few years.

Over the last year, home prices have continued to climb while inventories have stayed tight, falling below a four-month supply in the fourth quarter-conditions that favor sellers over buyers. Also toward the end of the year, mortgage rates bumped up. Last year, first-time buyers accounted for 32% of home buyers.

Housing starts hit their lowest point in 2009 at less than 500,000 units, and numbers have gradually been climbing up since then. Compared to 2015, single-family housing starts in 2016 grew at a faster rate throughout the year, except for a blip in September, up 9.3% over 2015 levels. Starts were the strongest they’ve been since 2007.

The multifamily market has continued to defy expectations, with year-over-year growth for the last several years. The rental market has shown such sustained growth that even now, with the rate of growth easing off, it’s still a driving force of the residential market. ALN Apartment Data Inc.’s Theron Patrick reports that in some markets, new construction is creating extra capacity, and average occupancies are dropping.

INDUSTRY HIGHLIGHTS
One of the most important stories in the U.S. flooring market has been this recent but sustained stretch of investment in domestic capacity. For a long time, the carpet market stood in stark contrast to the other flooring categories as the only floorcovering predominantly manufactured in the U.S. There are other categories with traditionally strong domestic production-hardwood, most notably, though in recent years imports have surged-but carpet has always seemed immune to imports.

Today, the situation is evolving. No flooring category can compete with carpet in terms of domestic production, but ceramic tile and LVT are giving it their best shot, and laminates too. Investments totaling in the billions of dollars have poured into the construction of new facilities and the expansion of existing facilities. And there have also been investments in carpet tile, from Shaw’s recent completion of its Adairsville, Georgia facility to the carpet tile plant that Engineered Floors has begun building in Dalton.

New ceramic tile players have started making product in Tennessee, including Del Conca, Atlas Concorde and Wonder Porcelain. Most of the major multi-category flooring players have invested in domestic LVT production, and the rest have partnerships with foreign producers, including even Interface. And now the race is on to build WPC and rigid LVT capacity. At the end of last year, the market leader, US Floors, was purchased by Shaw, which intends to start producing rigid LVT in Ringgold, Georgia before the end of the year. And Mohawk is also looking to produce domestic rigid LVT later this year in its facility currently under construction in Dalton.

Imports currently account for all of the rigid LVT and the bulk of traditional LVT in the U.S. market. That imported product includes LVT shipped to domestic flooring companies, as well as LVT from reputable foreign producers like Novalis, Toli and Metroflor, and a whole slew of Asian producers flooding the market with a wide range of LVT qualities, many of which are focused on entry level price points.

LVT now makes up 60% of the resilient flooring market, and last year its growth far outpaced its stellar performance of the last decade or so, as a result of this wave of demand for rigid LVT. In 2016, LVT accounted for nearly 8% of total flooring revenues, making it bigger than the entire laminate market.

So much investment in capacity, across several flooring categories and in a fairly lackluster and uneven economy, begs an obvious question: Is there too much capacity? After all, facilities are being built in Asia and Europe as well. Asian importers know how to compete on price, so as U.S. capacity starts to ramp up across all these categories over the next few years, the market will grow more competitive.

Even if there’s enough demand to absorb the supply, the expanded global capacities will probably cause some volatility, and some manufacturers may not survive the onslaught.

One category at risk of overcapacity is carpet. The last five years have seen a good amount of investment in domestic capacity of both broadloom and carpet tile, yet the market is shrinking. Another is laminates. The category is under siege from LVT, and it’s busy trying to reinvent itself so that it can compete. In the case of laminates, everything depends on the success of its reinvention. For instance, if it’s reengineered to be waterproof, its fortunes will likely reverse. Ceramic tile may also face oversupply issues, and the challenge with ceramic tile is to get Americans to embrace tile to the degree that it’s embraced elsewhere in North America, in Europe-and really in most of the world. There’s a lot of room for ceramic to grow share in the U.S. market, more than enough to account for capacity increases, but the end user needs more convincing.

In terms of percentage increases of domestic capacity, LVT leads the field. But in the case of LVT and rigid LVT, demand is climbing sharply. And if it continues to gain traction at this rate, or even at a more moderate rate, the coming wave of product will, with a few bumps and bruises, find the market. So, the question for LVT is: How long can it grow like this? Is its market equilibrium 20 years away, or five years?

One of the most prominent acquisitions last year came in December, with Shaw bought US Floors. It was a great move for both companies. US Floors needed a bigger vehicle to carry its sudden growth, and to stand behind the licensing of its technology through Välinge and Unilin. Shaw needed to secure its foothold in the U.S. market behind its new Ringgold, Georgia LVT facility.

Another significant acquisition was Engineered Floors’ purchase of J+J Flooring Group, a mid-sized producer of specified commercial broadloom and carpet tile. And earlier this year, Mohawk completed its acquisition of Emil Ceramica, an Italian ceramic tile firm with which Mohawk’s Dal-Tile had previously partnered in a U.S. joint venture.

Other important industry news stories include Interface’s launch of an LVT program through a partnership with a South Korean producer, and its scaling back of its residential Flor program. And at the beginning of this year, Bentley Mills was recapitalized by Lone Star, a major private equity firm, and then sold to Balta, which is preparing for an IPO.

Also, one of the largest and most prominent U.S. flooring companies, Beaulieu America, has decided to change its course and shift from a focus on carpet to a full multi-category approach, and plans to fully diversify into hardwood as well as rigid and flexible LVT. It will approach both the residential and commercial market with this expanded product strategy.

Last year, the resilient category gained the most marketshare, going from 12.4% of the flooring market in 2015 to 13.7%. And both ceramic and hardwood gained 0.3% in share, to 13.7% and 15.4%, respectively. Rubber flooring made a slight gain, and both laminates and rugs lost a little share. The toughest category was carpet, which lost nearly 2% in marketshare, going from 39.8% to 37.9%.

For the complete Annual Report, see the May 2017 issue of Floor Focus Magazine.