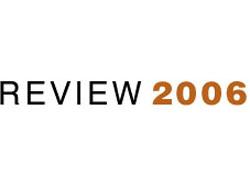 Summer came and went without any major hurricanes hitting the U.S. That, coupled with the fact that conflicts with Iran seemed to take a back seat to the war in Iraq, all added up to a dip in oil prices and at least temporary relief for both retailers and manufacturers from a long succession of price increases. But just when the floorcovering industry started to breathe a sign of relief, the U.S. housing market started to slow down, followed by a downturn in residential floorcovering sales.

Now the big question is: when are consumers going to start buying floorcoverings again at a healthy clip?

One of the bright spots this year: the commercial market. It’s following a trend we often see in the floorcovering business—just when sales in one side of the business start to slump, here comes the other to pick up the pace. A survey by the San Francisco consulting firm Kingsley Associates indicates that more than $50 billion in institutional money went to the commercial market last year, and this year is expected to be even better, with $59 billion of capital coming into the market.

As commercial business goes up, so do prices. A Wall Street Journal survey says the value of office buildings rose 4.3% in the first quarter of this year. Another opportunity we’ve seen is a demand for high end products in the residential market.

While oil prices and the shifting fortunes of the consumer and commercial economies dominated the country this year, one of the biggest industry stories was the Shaw retirements—Julian Saul retiring as president of Shaw Industries followed by Bob Shaw stepping down as CEO. Vance Bell succeeds Bob Shaw, while Randy Merritt succeeds Julian Saul as president.

Another major story: Armstrong’s emergence from Chapter 11 after six difficult years. Also this year: Formica, a familiar name in laminate flooring, made a comeback after a two year absence when Kronotex acquired the licensing rights to that name.

For the first time in years, there were no blockbuster acquisitions in the manufacturing sector, but there were a number of medium and small size sales. Perhaps the biggest deal of the year was the October acquisition by the New York investment firm Kohlberg Kravis Roberts of a 50% interest in Tarkett, the world’s largest hard surface flooring manufacturer. Florida Tile Industries was bought by the Italian firm Panaria Industrie Ceramica, Amtico was sold to a Dutch firm for $185 million and Armstrong bought two small hardwood flooring manufacturers, Capella and Homerwood.

While the two big guns, Shaw and Mohawk, made no major deals this year, they made plenty of waves. In February, the Lees division of Mohawk invested $26.6 million to expand its carpet tile manufacturing facility in Rockbridge County, Virginia. The very next month Mohawk purchased Propex Fabrics’ Roanoke, Alabama secondary carpet backing plant. Dal-Tile is building a 64,000 square foot distribution warehouse in San Antonio. This summer Shaw Industries invested $20 million to convert an old yarn plant in South Pittsburgh, Tennessee into a hardwood flooring factory.

Also in the manufacturing sector, two rug manufacturers, Nourison and Couristan, are expanding their distribution centers in Dalton, Georgia to keep up with increases in their businesses.

Acquisitions in the retail builder business continued this year, with HD Supply adding to its lead in the builder flooring category with the acquisition of Rice Planter Carpets. Home Depot also expanded into a new floorcovering category when it acquired Chem-Dry, the world’s largest carpet and upholstery cleaning franchise. Interior Specialists, the second largest independent builder retailer, bought the California firms Campbell’s Flooring and Fashion Craft Floors early in the year, then opened two new locations in the Midwest. Then in June, HD Supply got some serious competition from another builder big box, Stock Building Supply, which bought the Illinois builder retailer Coleman Floor.

More overseas companies decided to set up shop or increase capacity in the U.S. this year, lured partly by the weak dollar and partly by the great promise of the American consumer. The Italian nylon fiber producer Aquafil opened a 140,000 square foot extrusion plant capable of producing 15 million pounds of BCF nylon 6 a year in Cartersville, Georgia. Right down the street, The Faus Group recently celebrated the grand opening of its 400,000 square foot laminate production facility. The Italian ceramic tile producer Florim USA ramped up capacity by 33% at its plant in Clarksville, Tennessee.

In Canada, Beaulieu Canada began production and sales of laminate and wood flooring using Välinge Innovation technology. The firm will also distribute Berry Floor laminate flooring in Canada and New England. Wood producer Lauzon unveiled plans for a $19 million sawmill in Thurso, Quebec, near Ottawa. The new plant is the first phase of a $50 million investment strategy. Quebec laminate producer Uniboard upgraded its plant to the tune of $21 million.

No year end review would be complete without talking about the effects China has had on the floorcovering industry. Home Depot definitely recognizes the potential of that market. In November the Big Orange said it plans to acquire 14 outlets of The Home Way, a Chinese retailer in Tianjin, for about $100 million.

While most of the floorcovering industry’s business with China is in imports coming into this country (see Looking Ahead, on page 36 of the December 2006 issue), some American companies are starting to manufacture in China. The Faus Group debuted its first laminate products from its Shanghai plant in March. The same month, Armstrong agreed to a 50/50 joint venture with a Chinese timber company to make engineered wood. And high end carpet and rug manufacturer Couristan will move production from Ireland and England to China, where it’s building a million square foot plant in a joint venture with the Haima Group.

The success of DomotexAsia/ChinaFloor 2006, held in Shanghai, just reinforces the fact that the trend is growing. The biggest Asian floorcovering show this year pulled in more than 32,000 visitors, up a reported 28% from 2005. Foreign attendance increased 35%.

For a month by month look at some of the key events during 2006, see the December 2006 issue of Floor Focus Magazine.