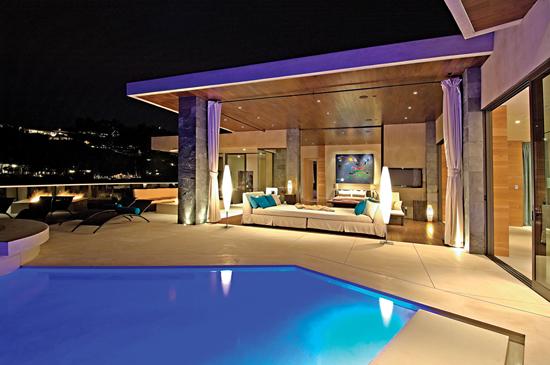 Sunrooms, loggias, covered terraces, outdoor rugs, indoor amenities in the open air-the trend of extending the living space beyond the threshold of the home has been building for the last few years. And by all accounts, it’s a trend that is poised to grow in significance in the coming years.

It’s also a critical market for the flooring industry to target. In fact, the industry would do well to promote the trend with every tool in its arsenal. After all, if this trend builds, it will literally mean that the average square footage of flooring space of residences will increase. That’s square footage that didn’t exist before, and it doesn’t rely on people buying bigger houses or making additions to their homes.

For instance, if the trend were to grow to the point where it added an average of just 1% to the square footage of single-family homes that would translate to 1.75 billion square feet of additional flooring market in the U.S.

Unfortunately, it’s not a market for all types of flooring. Currently, the only categories that have a strong position in this market are area rugs, porcelain tile and stone. And for installations protected from the elements, or in climates where sunshine prevails over rain and snow, engineered hardwood is also specified. In similar environments, other flooring categories would probably perform adequately as well. And the fact is that, if the trend keeps building, flooring manufacturers will do their R&D and find ways to make their products suitable for outdoor environments.

It’s mostly a higher end market, at least for now. But the good news is that the high end of the population is doing well these days, outpacing the growth of the economy, and that’s not likely to change anytime soon.

ASSESSING THE MARKET
While the trend is clear, what’s not as clear is all the factors that are driving it. Technology is definitely a big force behind the trend-think of radiant heaters that allow people to socialize in environments previously too cold and uncomfortable; pocket glass doors that vanish into walls, opening and closing spaces to the outside; furniture and fabrics that stay dry or drain moisture away; outdoor cooking ranges, fridges and even dishwashers; area rugs that can be exposed to the elements and still retain their appearance and performance; and porcelain tiles of such low porosity that they can handle freeze and thaw better than any natural stone.

These technological developments help tame the outdoors to a degree never before possible, and they have enabled the trend to spread beyond California, Florida and the arid Southwest to harsher climates like the Northeast and the Rockies.

A major influence has been this last decade or so of turmoil. Both the terrorism of 2001 and the housing reversal that started in 2006 helped drive homeowners deeper into their properties. Cocooning became “staycationing,” as Americans by the millions turned their attention inwards-some because of tighter budgets, others because they’d rather stay in their home rather than take risks in the housing market, and still others because, in this volatile world, they simply feel more secure within their own domain.

Another factor cited by some experts is a growing environmental awareness, combining with a desire to commune with nature. Yet another is likely the enduring allure of California culture, with its emphasis on the outdoors, ocean views and the relaxed lifestyle. Or, according to some, it’s another example of Americans following behind European trends.

However, one of the most compelling explanations for the trend lies in the evolution of architecture and design. Progress in general-be it intellectual, aesthetic, social, etc.-tends to involve tearing down walls and throwing old assumptions and models out the window. In this case, it’s literally about tearing down walls, and reimagining where the living space ends.

DESIGNING OUTDOOR SPACES
Dean Larkin Design, a residential and commercial A&D firm located in West Hollywood, California, has been breaking down boundaries between the inside and outside since its founding in 1999. Dean Larkin, a native of Los Angeles, sees the trend in its relationship to the Midcentury Modern movement, which upended standard notions of residential architecture with more open floor plans, large windows or series of windows, and minimized ornamentation. The style actually derived from immigrants who fled Europe in the lead-up to World War II.

In response to the late 20th century McMansion trend, the ballooning of home sizes to caricature proportions that has come to represent the bloat of that era, demand has been building for leaner, less ostentatious homes that are more multifunctional and make better use of existing space. It’s a sentiment more closely related to the MidCentury Modern style, with technology enabling a fuller expression of the aesthetic.

Larkin’s projects, which are all in California, are generally site-oriented, and they often involve constructing some sort of outdoor space-most commonly a loggia-a solid, covered outdoor area that also has its roots in Mediterranean architecture, updated with flat screen TVs, sumptuous sofas, cooking ranges and just about every other modern amenity.

Flooring plays a critical role in the expression of these designs, which rely on as seamless a transition between the inside and outside as possible. The continuity of the floor pattern is one of the most visible ways of conveying this impression, and it can also be a challenge. For instance, Larkin often uses hardwood for the interior, then tries to match it with a wood-look tile for the outdoor space. Matching the color and design is imperative, since even a subtle shift at the threshold can entirely destroy the impression of continuity. On occasion, Larkin has used an engineered wood for the exterior.

While these outdoor rooms are mostly in the high-end market, Larkin says it’s creeping its way down. For instance, his firm is currently doing a handful of condo projects-in places like West Hollywood, 120 feet of outdoor space is mandated for condos-and he sees more and more activity in the mass market, as lower-cost materials are introduced.

FLOORING SOLUTIONS
The area rug and ceramic tile categories both actively develop products for outdoor living. While other types of wood flooring may be suitable, particularly for enclosed or dry environments, the market isn’t really big enough for, say, an engineered hardwood producer to create specialized outdoor lines with interior aesthetics.

One of the easiest and most affordable ways to decorate an exterior space is with an area rug. Over the last decade, several manufacturers have developed indoor/outdoor area rug lines, and the public has been enthusiastic about not just the function but also the overall look of the product, particularly the flatweave effect. A lot of people buy the rugs and use them indoors.

The largest manufacturer of outdoor rugs is Oriental Weavers, which offers a wide range of polypropylene products. The firm has seven indoor/outdoor collections, and they retail from $129 to $159 for a 5’x8’. Designs range from florals and organics to geometrics and transitional designs with classic motifs. There are even sisal and seagrass looks. Late last year, Oriental Weavers secured the Tommy Bahama license and is coming out with two outdoor Tommy Bahama area rug lines.

Oriental Weavers has experienced double-digit growth in its indoor/outdoor offering every year for the last four years. And the rugs sell through more channels than traditional area rugs, including patio and hardware stores.

Shaw Living has been offering indoor/outdoor rugs for several years, but just in the last year the firm has focused more heavily on the segment. Last January, the firm lauched three collections-a hand-tufted polypropylene and two machine-woven polypropylenes, one of which is a reversible flatweave-and this year it is adding to those collections with new colors and designs.

On the hard surface side, many of the ceramic manufacturers offer tile products for outdoor or indoor/outdoor use. Crossville has a product that would suit designers like Dean Larkin. Buenos Aires Mood, which has been out for a few years, features the same color and design in two finishes, one polished and one textured.

Daltile, which is by far the largest ceramic tile producer, has also been following the outdoor flooring trend. Both Daltile and American Olean offer lines suitable for both indoor and outdoor applications, with texture on the outdoor products for higher dynamic coefficients of friction (slip resistance). The matching visual allows for design continuity across the threshold. American Olean’s Decorum, for instance, is a colorbody porcelain that comes in three finishes-polished, unpolished and textured-and six colors.

The concept of matching designs in different textures is more common among the Italian and Spanish manufacturers, where the outdoor living spaces are more traditional, particularly among the Mediterranean nations. The big trend right now among European producers is porcelain pavers, 2cm tiles in all sorts of shapes that are designed to be loose lay installed-over gravel, sand, grass, etc.

Italy’s Del Conca, for instance, has developed a broad portfolio of pavers in a range of sizes and designs in through-body porcelain, along with raised floor support systems for slopes. Del Conca is in the final stages of completion of its new facility in Loudon, Tennessee, an investment of $50 million. It’s the firm’s first U.S. facility, and the operation will be expanded in the next few years with a further investment of $40 million. About 75% of Del Conca’s Italian-manufactured tile is exported, and half of it goes to the U.S. The firm’s pavers will continue to be manufactured in Italy.

Another Italian firm, Atlas Concorde, offers a range of products for indoor/outdoor applications. It offers wood, concrete, slate and stone designs in both a textured finish (for standard 10mm products) and in its Lastra 2cm (20mm) paver line with matching designs. And these paver designs are as intricate as that found on the standard tile products, including designs using digital inkjet technology.

Mirage, also from Italy, has been a trend leader in porcelain pavers, coming out with its first designs three years ago. Its program, called EVO2/e, which stands for Evolution 2cm/exterior, comes in 34 colors and five formats. All the designs also come in standard 10mm thicknesses for a seamless transition between indoor and outdoor looks.

Florim, an Italian firm with U.S. manufacturing, has also been busy with outdoor flooring options. Its offering includes a range of fashion forward wood looks in plank formats. Its Forest line features matching designs in two textures, one for outdoors and one for indoors.

Imola, which has a strong presence in the U.S. commercial market, also offers outdoor living options, including Plank by Leonardo, which can be used inside and outside. Plank, which has the look of weathered wood, is textured for outdoor applications and comes in three plank formats, including an 8”x48”. The firm also offers a paver line called Thick that is just being introduced to the U.S. market.