Annual Report 2016: State of the industry and floor category reports - May 2016 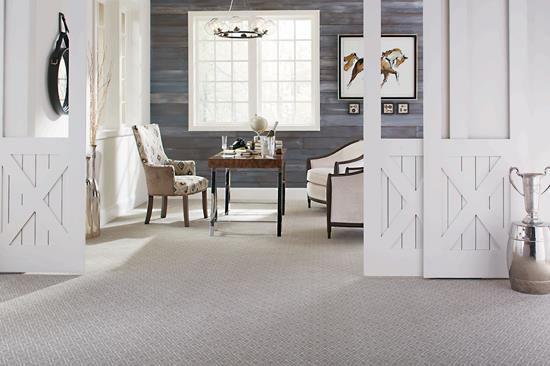 Last year, the U.S. floorcovering industry posted modest 3.6% growth, with total revenues of $20.526 billion, according to Market Insights. The commercial sector was stronger than the residential sector, and within residential, builder and multi-family grew faster than the remodel side of the business. Unit growth outpaced revenue growth, in part due to both a heavier share of builder price points and some price point erosion within various flooring categories.

Like the year before it, 2015 started out frigid and grim, and it wasn’t until the spring thaw that the flooring industry showed solid increases. But the pace after the late summer peak fell off more sharply than the last couple of years, and that contributed to overall flooring revenue growth slightly below the growth in 2014.

Many of the fundamentals of the U.S. economy are sound, suggesting a stable base for some good organic growth, but each fundamental seems to come with a caveat. Unemployment, for instance, is at 5% nationally, about the lowest it’s been since 2008, and while that’s clearly far better than the high of 10% in October 2009, it’s not as rosy as it sounds.

Many economists consider that 4% to 6% range to be the sweet spot—go a point higher and too many people are jobless, and go a point lower and the labor market becomes too tight, and the economy pivots toward inflation. However, the new jobs being added are not equivalent to those that were lost. These days, people work for less or work below their pay grade and education level. So it might be 5% more employment than six or seven years ago, but it’s a less affluent 5%.

Low energy costs come with a caveat, too. Crude oil prices are artificially low, held down by the refusal of OPEC members like Saudi Arabia to reduce their production volumes, essentially flooding the market in order to keep fossil fuels with a higher cost of extraction and processing—like U.S. shale oil and natural gas—from being able to compete in the market. So it’s not a stable market. And when power structures shift and oil prices revert, it will impact everyone.

Existing home sales were also up last year, posting the best year since 2006. Total 2015 existing home sales, which include townhomes, condos, co-ops and single-family homes, rose 6.7% from 2014 to 5.26 million units, according to the National Association of Realtors (NAR). By the end of last year, total housing inventory was down 3.8% compared to the end of 2014 to 1.79 million existing homes, representing a 3.9 month supply, the lowest level since the beginning of 2005.

Another positive trend lies in the drop in distressed and short sales. RealtyTrac reports that last year distressed sales—foreclosure and bank-owned—fell to 17.3% of total housing sales, the lowest level in eight years. Also, all-cash sales were down, as were sales to institutional investors—defined as investors in at least ten properties in a calendar year.

The multi-family market had another strong year as well. According to ALN Apartment Data, new construction was robust last year, and most markets maintained high occupancy rates. And data compiled by CoStar Group, a commercial real estate information company, indicate that multi-family investments in 2015 topped $150 billion, up 16% from 2014. However, several factors, including high property pricing in some markets and a slowdown in leasing of some new properties, suggest that this year growth will be slower.

INDUSTRY HIGHLIGHTS
One very positive trend in the U.S. is increased investments in domestic manufacturing, and the flooring industry is at the heart of this development. The last couple of years have seen massive investments in upgrading facilities and building new ones. That includes new carpet tile and broadloom mills, new hardwood facilities, new ceramic plants, and most of all, new LVT facilities. Led by Mannington, the ranks of domestic LVT producers include established domestic flooring manufacturers like Armstrong, Tarkett, Mohawk, Shaw and Congoleum, along with new domestic producers like Nox and FloorFolio.

Just about every major manufacturer has invested in its facilities, and new players have also entered the domestic manufacturing arena, including foreign ceramic firms like Del Conca, the Wonderful Group and the Concorde Group, and Belgium’s Beaulieu International Group, which has built a sheet vinyl facility in Georgia. Another new player is American OEM, a domestic hardwood flooring producer founded by Don Finkell, who previously ran both Shaw Hardwood and Anderson Hardwood Floors.

However, when it comes to actual product, last year was about one specific flooring type, WPC (wood polymer composite), also called rigid-core LVT or rigid vinyl tile. It received by far the most mentions in Floor Focus’ residential and commercial surveys last year. The products are all based on US Floors’ patented Coretec, which has a rigid, waterproof core, a vinyl face and a cork backing. All the significant players in hard surface flooring either already have WPC products or are racing to produce or source them.

WPC is generally classified as a hybrid LVT, and as such has helped boost sales in the resilient flooring category beyond the vigorous double-digit growth already afforded the category by booming sales of regular LVT. So, despite a sluggish sheet vinyl market and losses in VCT, the resilient category was up 11.6% last year, with marketshare going from 10.8% in 2014 to 11.6% last year. Imports accounted for 56% of total resilient sales, and most of that was from Asian LVT. And with so much domestic LVT capacity currently coming online, it should make for a dynamic category over the next few years.

Another dynamic category is carpet. Though it is steadily losing marketshare to hard surface flooring, it’s still an $8.5 billion industry, nearly four times bigger than any other flooring category. Carpet grew by about 0.5% last year, with its flooring marketshare falling to 41.3% from 42.5% in 2014. Commercial carpet was not only stronger than residential carpet, but revenues outpaced unit growth on the commercial side. On the residential side, higher activity at lower price points added more units than dollars.

Laminate flooring also lost share last year, going from 5.4% to 4.9% as its struggle to defend itself against LVT’s advances was momentarily eclipsed by its challenge from the fallout from the Lumber Liquidators formaldehyde scandal. The most palpable impact was felt from imports, which dropped off precipitously, falling 16% even as domestic mill shipments rose 5%. Overall, laminate sales fell 5% to just over $1 billion.

Before the dust can even settle from Lumber Liquidators’ recent stumbles, laminate flooring has to face the possibility of losing marketshare to WPC, which targets one of laminate’s key selling points, its rigid structure, but without the susceptibility to moisture from laminate’s fiberboard core. But laminates still have a big advantage—lower price points. Nevertheless, it seems as though the laminate category is primed for some category-reviving innovation, like modified cores.

Another category losing share to LVT is hardwood, but that didn’t stop it from growing 6.6% last year. It’s the second largest flooring category, and last year its marketshare grew from 13.8% to 14.2%. Engineered hardwood grew faster than solid hardwood in 2015 and now accounts for 55% of all hardwood sales. And current trends for wider and longer boards favor engineered hardwood, since solid hardwood doesn’t have enough dimensional stability to perform in those formats.

Second in growth behind resilient flooring, the ceramic floor tile category grew by 7.3% last year, with total revenues of $2.78 billion. It’s a category with a heavy share of imports, accounting for 61% of sales. Compared to other prominent markets around the world, per capita tile usage in the U.S. is well below the average, and that potential for growth is being targeted by a wave of investment in domestic tile production. Last year, ceramic tile’s share of the flooring market climbed to 13.5% from 13.1% in 2014.

The area rug category grew by 3% last year, somewhat below the overall growth rate, so it lost a fractional share. The category’s growth in recent years has come from both innovations in machine made technologies and the growth of hard surface flooring, which are frequently accented and warmed up with area rugs. It’s also the floorcovering sector that has seen the largest channel shifts. The Internet has taken such a share of the rug business from traditional brick and mortar flooring retailers that many have simply abandoned the category.

For the complete Annual Report, see the May 2016 issue of Floor Focus Magazine.