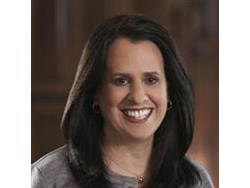 Chicago, IL, July 19, 2018-During GreenBuild 2017, Rochelle Routman, Metroflor Corporation’s chief sustainability officer, spearheaded the formation of the Women in Sustainability Leadership Award (WSLA) Alumnae Group, to extend the impact of the WSLA by creating a formal network that would enable the women to collaborate and together create positive change in the world, specifically through mentorship.

The WSLA honors the most powerful women making a difference in the world through sustainability. The award was created by gb&d magazine in 2014.

The inaugural WSLA Alumnae Summit will be held in Chicago on November 13, coinciding with GreenBuild week as well as the fifth annual WSLA celebration, during which the 2018 class will be honored. A service project is also planned for the alumnae prior to the 2018 awards reception.

Several committees have already accomplished important steps toward achieving WSLA Alumnae Group’s mission statement-to advance sustainability by empowering women to lead. Communication platforms (including a Facebook site: https://www.facebook.com/WSLAGroup/) have been set in place on social media and through a database of all WSLA alumnae to engage them in the group’s mission; this will enable information sharing about job, career and mentoring opportunities.

Additionally, the USGBC (Los Angeles chapter) has agreed to be the WSLA Alumnae Group’s fiscal sponsor, which will provide the 501(c)3 framework needed to attract donations, foundation grants and other funding sources including corporate outreach.

The WSLA Alumnae Group encourages worthy candidates to be nominated for this year’s WSLA Award by the July 20 deadline. The award, now in its fifth year, is judged by gb&d magazine, members of the Women in Sustainability Leadership Alumnae group, and leadership at the USGBC.