Tuftex's Ed Lutterloh to Retire at the End of March 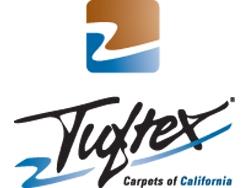 Dalton, GA, March 3, 2020-Ed Lutterloh of Tuftex will retire at the end of March.

His many contributions have led to the success and reputation of the Tuftex brand. His influence was instrumental in shaping the brand to what it is today: a leader in style, color and fashion.

Lutterloh began his career in the textile industry in 1966, working for Burlington in the men’s hosiery division. He held various positions such as systems analyst, data processing manager, I.E. and plant manager. His drive and tenacity earned him a new position with Burlington, Canada in 1976 in the carpet division. After seven years, he moved to California where he took a position with Customweave as vice president of manufacturing. In the fall of 1983, Lutterloh left Customweave to work for Tuftex.

In 1983, Tuftex was a small, family-owned mill with three divisions. Tuftex, Designweave and Spectrum rug division accounted for approximately $80 million in annual sales. Lutterloh’s experience in all areas of manufacturing earned him the role as vice president of operations. All departments came under his leadership. He was responsible for manufacturing, customer service, samples, fiber processing and product development. In the years from 1984 to 2006 Tuftex sales more than quadrupled.

When Tuftex joined Shaw as part of Queen acquisition, Lutterloh shifted his focus to product development.

Under direction of John Godwin and Jim McIntosh, Lutterloh took Tuftex styling to new level and focused on developing carpets that worked well with hard surfaces.