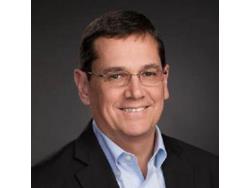 Bethany, CT, July 20, 2020-Laticrete has named Patrick Millot as its next chief executive officer. Millot succeeds David A. Rothberg, who continues as chairman of the board.

Millot joins Laticrete on August 10, 2020 after a multi-faceted and accomplished career with the Fortune Global 500 company, Saint-Gobain.

Millot most recently served as CEO of abrasives and composites systems at Saint-Gobain, a manufacturer of high-performance materials and building products. In this position, he led a division overseeing 12,300 employees from 88 sites in 30 countries. Before being promoted to systems CEO, Millot served as president of the ceramic division, and previously as vice president of corporate planning, strategy and finance of the high-performance materials sector. He started his 24-year career at Saint Gobain in finance and strategy, before being promoted to general manager of the reinforcement division.