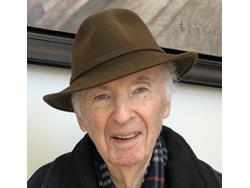 In 1912, Norman’s grandfather began a building materials distributorship in upstate New York. Looking to expand his opportunities, in the 1958, Norman rented a small building in Latham, New York, which would become the first of 35 Top Tile stores in upstate New York, western Massachusetts and Connecticut. Top Tile sold mainly hard surface flooring, such as ceramic and vinyl tile.

By the mid 1960s, Norman was traveling to Japan and the Far East in search of products that could give him an advantage in the marketplace. His first LVT endeavor was in Taiwan, where the Formosa Plastics Company was creating a variety of polymer materials and finished prodcuts, including some very basic vinyl composition tiles. By the 1970s, he had convinced several of the Formosa employees to leave the company and join him to form the first laminated vinyl tile plant which was in Taiwan-LVT originally stood for laminated vinyl tile rather than luxury vinyl tile. Part of his success in the development of this category in Asia was due to him immersion into the culture - quickly learning to speak fluent Japanese.

Ultimately, Norman’s business absorbed the family’s distribution business and laid the foundation for Halstead and Metroflor, suppliers of LVT and commercial sheet flooring.

Today, Metroflor is one brand under the HMTX umbrella-an $800+ million supplier to the global LVT market.

“My brother Peter and I mourn the loss of our beloved father and are proud to carry on his legacy of innovation, honesty, integrity and entrepreneurship,” says Harlan. “He was a true visionary in our industry and an inspiration for many around the world. His fearless leadership has brought us forward to what HMTX is in the flooring industry today. We learned so much from him over the years, including kindness, generosity and compassion. He will be sorely missed in this world.”

Norman was a graduate of the Wharton Business School at the University of Pennsylvania and Harvard Law School.