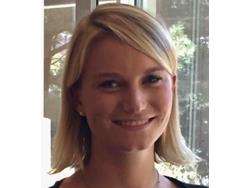 Granath will be responsible for defining and guiding the implementation of Novalis’ sustainability strategy, working across all of the company’s facilities and product lines to further Novalis’ commitment to producing flooring to the highest environmental standards, and will report to the CEO, John Wu.

A lifelong environmentalist, Granath served as an advisory board fellow for the Trust for Public Land Connecticut and contributed to the successful campaign to conserve the 963-acre Preserve in Connecticut. As co-leader of the Responsible Investment at Harvard initiative, Granath advocated the Harvard University endowment for the incorporation of environmental considerations into its investment decisions. She has also served on the Harvard University Advisory Committee on shareholder responsibility.

Granath joins Novalis from 19 Capital Management, where she was responsible for research and operations. She graduated from Harvard University with a bachelor's degree in East Asian Studies and has studied at the Shanghai University of Finance and Economics and Xiamen University in China. Granath is fluent in Chinese and will be based out of the Shanghai office.