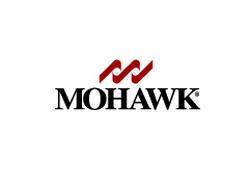 Operations in Bennettsville will cease on October 6.

Mohawk's Q2 earnings release, the firm foretold of this type of cost reducing activity:“To adapt to current conditions and improve our results, we are taking actions across the enterprise to restructure our costs. We are finalizing plans to rationalize older, less efficient assets and optimize processes to lower our costs. The most significant actions will be in Flooring North America, including some fiber assets and reducing rug manufacturing capacity.

The Bennettsville campus, locally known as “Oak River,” consists of three plants that collectively employ about 600 people. These team members will receive outplacement support from Mohawk’s human resources team to identify employment opportunities in the area.

“Since the 1990s, people at Oak River have seen many changes, all of which were part of ongoing efforts to extend the operations on this campus and to invest in the Bennettsville community,” said Curt Hutchins, president of Mohawk’s residential carpet business. “Oak River continued to operate for almost thirty years after the closure of the carpet plant it was built to support. That speaks to the commitment to excellence of the people at this plant. However, during that same time period, we have also seen significant changes in consumer fiber preferences and manufacturing technology advances, both of which have ultimately directed this business decision.”

While Mohawk is ending operations in Bennettsville, the consolidation of yarn conversion and extrusion in northwest Georgia represents the company’s continued commitment to delivering quality, speed and efficiency to customers through state-of-the-art equipment. The company expects no interruption of service during this transition.

“Oak River has been in the county for more than 60 years,” according to WPDE.

“‘The news of Oak River’s closing was unexpected, especially considering the County Council had just approved new tax incentives for the company in April of this year and at that time there was no indication of plans to close the site. Marlboro County has a long-standing record of assisting Mohawk and even developed a free bus route in 2017 to transport employees to and from the site,’ said [Marlboro County Administrator Ron] Munnerlyn.

As of 2005, the plant produced 50 million pounds of spun and filament fiber annually. The company made a $60 million expansion to the facility in 2010.