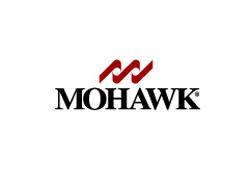 Bennettsville, SC, May 28, 2010--Mohawk Industries is reportedly planning a $60 million expansion at a carpet plant in Marlboro County, according to SCnow.com.

The company will add 87,500 square feet of manufacturing space to the facility, along with additional yarn conversion equipment. Mohawk previously expanded Oak River North facility in 2008 and employs more than 400 people there.

Mohawk opened its new state-of-the-art extrusion and yarn mills in Bennettsville on March 15, 2006.

“We have been very pleased with the results of the Oak River North Extrusion and Yarn operations,” Larry Perugini, vice president of yarn and extrusion manufacturing for Mohawk Industries.

“As Mohawk’s needs for fiber and yarn evolve with changes in consumer demand, we have to analyze our assets and invest at locations that can help us fulfill our customer’s preferences.”