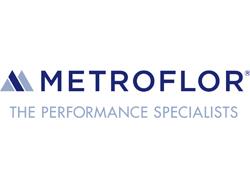 Norwalk, CT, January 30, 2020-Metroflor Corporation bestowed its annual distributor performance awards at The International Surface Event (TISE) in Las Vegas. At the Foundation Room in Mandalay Bay, Metroflor’s sales team presented “best of the best” accolades for 2019. Some highlights include:

• Once again, Tri-West, Ltd. received the most awards for a total of three: The Paramount Award, honoring Metroflor’s single largest distributor based on overall sales volume across all products and brands in 2019; the Metroflor LVT Distributor of the Year; and the Western Region Sales Champion Award, bestowed to Kris Gunckel.

Following is a complete list of all the Metroflor distributor award winners: