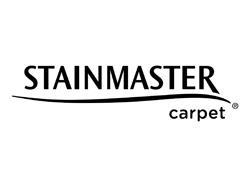 Mooresville, N.C., April 22, 2021–Lowe’s announced today its acquisition of the 35-year-old Stainmaster brand, the most recognized carpet brand. The Stainmaster brand first rose to fame in the market thanks to an unprecedented $85 million, three-year advertising campaign by DuPont that started in 1986.

Lowe’s' purchase includes all brand-related intellectual property from its parent company, Invista, and all related trademarks and subbrands, including Pet Protect, and allows the company to build on its 11-year exclusive position as the only national home improvement retailer to carry Stainmaster carpet, according to a news release. The company also says it sees an opportunity to extend Stainmaster’s high-performance characteristics into other product categories.

Marvin R. Ellison, Lowe’s' president and CEO, celebrated today’s announcement in a statement, saying, “At a time when home has never been more important, customers are increasingly looking for high-performance products to meet their evolving needs and expectations. We see great potential to leverage and extend the Stainmaster brand into other product areas to further serve our customers and deliver on our Total Home strategy.”

The company added that the acquisition is “a step in delivering Lowe’s Total Home strategy by elevating the retailer’s assortment, providing consumers with the products and brands they trust for every project across their entire home.”

According to sources who have spoken with Invista, the Koch fiber division plans to continue supplying nylon 6,6 fiber as “unbranded” and all carpet mills and independent retailers have four months to discontinue use of the Stainmaster brand name. At this time, Invista still intends to produce fiber under the Antron commercial brand name.

Floor Focus reached out to two independent retailers who have been strong supporters of Stainmaster carpet since its beginning-Macco Floors in Wisconsin and Baker Brothers in Arizona.

Jeff Macco, VP with Macco Floors, said, “We will be dropping this brand like a wedding dress on a honeymoon night! There is no way that we would continue to promote a brand that is owned by a competing retailer. We are still a strong believer in the performance of nylon carpet and we plan to transition our showrooms to non-Stainmaster nylon carpet as quickly as possible. In reality, there hasn't been any consumer advertising dollars spent on this brand in years and with Lowe's using it on all types of carpet-the brand will lose its performance promise to the consumer in short order."

Phil Koufidakis, president of Baker Brothers, added: “The Stainmaster brand has continually diminished in value over the years. Invista was really not interested in moving it forward so they punted to Lowe's. This move will continue to erode the value and meaning of the brand and eventually eliminate it completely for us. Our vendor partners make plenty of great products that perform and are backed with the same warranty. We helped Stainmaster build their brand over the past 20+ years, but it's the Baker Bros. brand that matters most.”

Stainmaster was started by DuPont in 1986, a launch that shook the flooring industry. The brand was built on stain-resistant technology, which wasn’t new and, in fact, had been around a while. What set Stainmaster apart, however, was how much money went into advertising it to the consumer.

Tom McAndrews, then-president of DuPont Flooring, was responsible not only for getting the new technology to market, but also for the advertising that created an overnight brand in carpet. McAndrews recalls that the fiber giant was concerned with carpet’s decline in marketshare even then. “There were no strong brands,” he said.

“Our market research people had been working on the fact that consumers didn’t have any reason to go to retail stores,” McAndrews told Focus Focus in 2017. “When they did go, they would buy on price and color. We decided to form a top-secret team focused on finding out if we could develop a brand presence in a market that was so diversified.”

They experimented with the Antron brand, which was big in commercial but not very well known in residential. Through promotional testing at retail, they discovered they could indeed move the needle of recognition. That prompted McAndrews to go further and get outside help. The team hired BBD&O, as well as consultants that had experience with consumer branding.

[READ MORE: 25 Years of Change: Industry veterans look back on the past quarter century - Aug/Sep 2017]

The field team returned with a report that one of the consumers’ big issues with carpet was staining. While the stain-resistant technology wasn’t new, it was new to carpet. DuPont had a chemist named Armand Zanato who had knowledge of dye-resistant product in consumer apparel used to protect clothing from acid dyes. The technology worked on carpet but created a yellowing problem, which was unacceptable. They worked that out.

The team signed agreements to test with a handful of carpet mills, including Shaw Industries, Salem and Burlington. It was time to go to market. One of DuPont’s group vice presidents objected to McAndrews plan to spend $5 million on advertising, but the move was later approved.

McAndrews bought a 30-second commercial on the American League Playoffs in September 1986. The “Little Ricky” ads debuted that night.

“The next day, the phones of the DuPont Corporation went into meltdown,” McAndrews recalled. “Consumers and retailers all over the country were calling our plants, our labs.” Engineers at the company’s facilities in South Carolina, Virginia and Delaware went into overtime to expand capacity.

The initial $5 million in advertising grew to $15 million. McAndrews challenged BBD&O to put the ads everywhere. “It was a massive success,” McAndrews said, catching fire not only in the U.S., but also in Europe, the United Kingdom, Australia and Japan. The company continued to spend, and in 1989, when McAndrews left the company, it had spent $85 million to advertise Stainmaster since its initial launch three years earlier.

In response, Allied introduced Anso Worry-Free. Monsanto fired back with Wear-Dated. Then the carpet mills got into the act with their own versions of stain-resistant carpet. Within a year or two, untreated nylon products were very difficult to find in the residential market.

“Stainmaster certainly had a major impact and led the way to a more sophisticated way of promoting the product,” recalled Peter Spirer, founder and former chairman of Horizon Industries, in a 2017 interview. “At the same time, it has an adverse effect on business from a long-term view.” In Spirer’s opinion, overselling the consumer with long warranties and the promise of no stains led to consumer dissatisfaction with carpet. “People at the time warned that it was not a good idea to provide customers with the thought that they were buying something that lasts forever.”

Stainmaster was the sole sponsor of Floor Focus Magazine’s first edition in 1992.

Listen to the interview with Jeff Macco for his take on this action here.