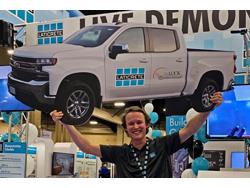 The winners are John and Mike Imperial of Imperial Wholesale out of Mesa, Arizona. They are second-generation owners of the family-run business and recently became MVPs with Laticrete.