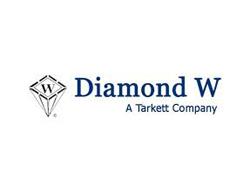 Solon, OH, October 10, 2019-After 18 years of service to the company and nearly 50 years in the flooring industry, Mike Klingele will retire from his role as president, Diamond W, effective December 31.

Diamond W. is a flooring distributor located in City of Industry, California owned by Tarkett.

Klingele began his career in the flooring industry immediately out of college, joining Congoleum as a factory sales representative. Two years later, he joined distributor LD Brinkman, where he remained for the next 28 years in a variety of positions that took him to Chicago, Dallas and, eventually, California.

In 2001 he joined Diamond W as president, a role he has held for the past 18 years. In that time, Mike has been instrumental to the growth of the business. He played a key role in the restructuring of Tarkett’s distribution network during the company’s acquisition of Diamond W beginning in early 2006. Since then, Mike has continued to grow Tarkett’s distribution network and has served as an important member of the company’s sales leadership team.

While retiring from his president role, Klingele will continue to support the business, serving in a part-time consulting role beginning the first of the year. In the interim, Mike will play an integral role in supporting the new president of Diamond W during the transition period.

That role will be filled by Paul Walker, who has been named president, Diamond W, effective October 7, 2019.

Walker joins Tarkett from MeisterWerke, a German manufacturer of mid- to high-end flooring in multiple product categories. Most recently, he served as general manager of the company’s North America business and was responsible for the development of market and product strategy targeting wholesale distribution and commercial/project segment with a multi category product portfolio.

Prior to MeisterWerke, Walker served in a senior leadership role at HomerWood Premium Hardwood, a wholly-owned subsidiary of Armstrong World Industries, Premier Flooring Solutions, a distributor of residential hardwood flooring products and Junckers Industries, one of Europe’s largest manufacturers of solid hardwood flooring for the residential, commercial and sports markets.