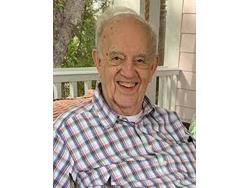 Sarasota, FL, March 22, 2022-Howard Tibbals of Tibbals Flooring Co. and the Hartco brand has died at the age of 86, reports the Independent Herald.

Tibbals was best-known as the face of Tibbals Flooring Co., the hardwood flooring manufacturer founded by his father and uncle and maker of the Hartco brand.

“Charles Tibbals and his brother, Todd, who were in real estate and architecture, respectively, had purchased the old Pearson Hardwood Flooring Co. in 1946, shortly after the close of World War II. The Pearson Mill had opened in 1923, when lumberman Emmett Pearson moved to Oneida [Tennessee] from Middle Tennessee. But it was never regarded as especially profitable, and by the mid 1940s the health of both Emmett Pearson and his son, Price Pearson, had begun to fail, leading them to sell the company.

“Under the leadership of Charles Tibbals, the flooring company prospered. In the late 1950s, Tibbals discovered and patented a method for manufacturing parquet flooring by using pieces of wood that had previously been considered worthless. The new brand of flooring was called The Hardwood Tile Company, or Hartco for short.

“In 1988, Tibbals sold the Hartco brand to Premark International for $94 million. The company changed hands several times over the next ten years before being sold to Armstrong World Industries in 1998. Armstrong shuttled most operations at the original Hartco plant in Oneida in 2010. Finally, in 2020, AHF Products-the current owner of the Hartco brand-ended operations in Oneida completely.”