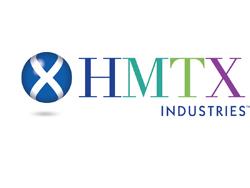 Washington, DC, September 21, 2020--On September 10, HMTX Industries, along with Halstead New England Corporation, and Metroflor Corporation-all three companies part of the HMTX corporation, run by Harlan Stone-filed a complaint (Ct. No. 20-00177) at the Court of International Trade (CIT), challenging both the substantive and procedural processes followed by the United States Trade Representative (USTR) when instituting Section 301 Tariffs on imports from China under List 3, reports JDSupra. The List 3 tariffs went into effect on September 24, 2018.

“This is the first challenge of its kind filed against the administration’s use of Section 301 Tariffs in the ongoing trade war between the United States and China.

“The complaint alleges that USTR’s institution of List 3 tariffs violated the Trade Act of 1974 on the grounds that USTR failed to make a determination or finding that there was an unfair trade practice that required a remedy and moreover, that List 3 tariffs were instituted beyond the 12-month time limit provided for in the governing statute (19 U.S.C. § 2414). The complaint also argues that the manner in which in the List 3 tariff action was implemented violated the Administrative Procedures Act (APA). According to the complainants, USTR failed to provide adequate opportunity for comments, failed to consider relevant factors when making its decision (e.g. no analysis of increased burden on U.S. commerce from unfair trade practices), and failed to connect the record facts to the choices it made by not explaining how the comments received by USTR came to shape the final implementation of List 3.”

The National Law Review adds that, “The plaintiffs argue that the Section 301 law was not intended as a tool to engage in an ‘open-ended trade war,’ as opposed to an initial response to China’s intellectual property violations. Plaintiffs also argue that while the Section 301 mechanism allows the USTR to ‘modify or terminate’ certain initial actions taken under Section 301, the provision does not allow the government to increase tariffs further after the initial actions are taken.

“Other importers that have paid significant duties under List 3 may consider filing a suit making claims substantially identical to the HTMX Industries complaint, with the intention of asking the CIT to consolidate the lawsuit with the lead HTMX Industries action or to be stayed during those proceedings. At this point, we believe the pending case is a long shot, but importers could file a ‘me-too’ lawsuit at a relatively low cost and benefit from the relief in case the plaintiffs in HMTX Industries succeed.”

Two-thousand-five-hundred companies have joined the effort, following HMTX’s lead in filing lawsuits, including these.