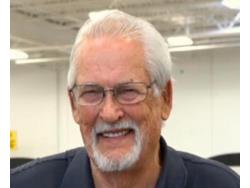 Following a football career that took him from Oklahoma State to the San Diego Chargers (1967 and 1968), Harold settled in Oklahoma City and opened Carpet World in 1971.

Today, the company is owned by Harold's sons, Zac and Scott, and operates under the name Akin Bros. Floor Stores.

Akin Bros. is an NFA member.