Dilks to Lead FCIF Board, Next Gala Date Set 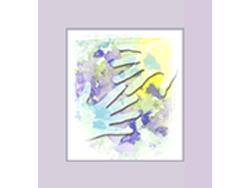 Las Vegas, NV, February 6, 2019-The Floor Covering Industry Foundation (FCIF) held a board meeting on January 24 in Las Vegas, Nevada during Surfaces, and several changes were announced with regard to leadership.

Keith Campbell, chairman of the board for Mannington Mills, was named treasurer.

And Tim Baucom, EVP of Shaw Residential, was named secretary.

Larry Nagle and Howard Brodsky stepped down as co-chairs of the organization but will remain on the board.

Five new board members were elected as well: Bart Rogers, VP of sales and marketing for Roppe; Hoy Lanning, president of J.J. Haines; Dave Gheesling, CEO of the FEI Group; Kevin Jablon, president of Spartan Surfaces; and Will Young, director of national accounts for Engineered Floors.

It was also announced that, on May 2, 2020, the FCIF will hold a 40thanniversary fundraising gala at the Rainbow Room in New York City. More details to come.

The flooringcovering industry is one of only three in the U.S. that has a industry-funded organization dedicating to assisting industry participants in times of catastrophic life change. The Screen Actors Guild and Major League Baseball are the others.