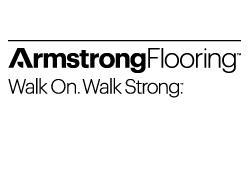 Lancaster, PA, July 8, 2022-Armstrong Flooring Inc. has again postponed its sale hearing, this time until July 12. But ahead of yesterday’s originally scheduled sale hearing, the court admitted attorneys for two new companies - AHF Products and Gordon Brothers, a global advisory company based in Boston known for liquidating assets, reports Lancaster Online - which could offer some clues.

No explanation was given for the postponement or how the company would finance operations until July 12. Armstrong officials previously said that without a sale, the company did not have the money to operate past July 7 or pay back the $24 million Debtor in Possession loan that came due yesterday, part of the estimated $318 million Armstrong owes.

Presiding judge Mary Walrath said the sale’s postponement request was made so that details of a sale proposal “can be finalized,” according to Lancaster Online, noting that no sale can be completed without the judge’s approval.

While Armstrong has resolved matters with contract unions that opposed the sale, Lancaster Online reports, discussion about retiree benefits continues.

Armstrong’s plants in China and Australia are part of the sale but not part of the bankruptcy.