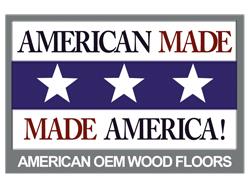 Dalton, GA August 16, 2021-American OEM, based in Burns, Tennessee, has been acquired by AHF Products of Mountville, Pennsylvania. The acquisition adds an eighth wood manufacturing facility and three brands to AHF's portfolio.

American OEM manufactures engineered hardwood products at its plant in Only, Tennessee in a broad range of styles and species such as red oak, white oak, hickory, maple, and walnut. American OEM serves flooring distributors, specialty, and national retailers across North America.

American OEM, started by hardwood industry veteran and former Anderson CEO Don Finkell in 2013, began as an OEM hardwood supplier. The company is unique in the industry for its use of prison labor for production. The company has two branded lines Hearthwood and Raintree, a collection of water-resistant hardwood introduced in 2019.

Trained as an architect, Finkell has spent more than 35 years in the hardwood flooring industry. During his years as CEO of Anderson, he was instrumental in not one but two inventions that had a game-changing effect on the hardwood flooring business. After Shaw Industries bought Anderson in 2007, Finkell shifted his focus to Shaw’s complete hardwood program. He launched American OEM to offer a competitive domestic alternative to imported private label products. Finkell will continue with AHF Products.

American OEM is also the domestic hardwood flooring manufacturer of Emily Morrow Home, and AHF will continue to produce the line.