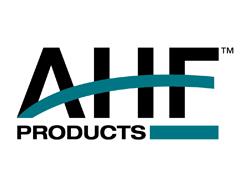 “AHF paid $24.3 million for the properties as part of a $107 million sale of all of Armstrong Flooring’s North American assets to a consortium of AHF and Boston-based liquidator Gordon Brothers Commercial & Industrial.

“Broadstone Net Lease is a publicly traded real estate investment trust. Its lease with privately held AHF is for 25 years with options for extensions. AHF’s payment for its portfolio is about $5 million annually, Broadstone previously reported to investors.

“It’s not the first sale-leaseback deal for AHF.

“It sold five of its facilities for more than $60 million in a leaseback deal just weeks before it bought bankrupt Armstrong Flooring Inc. According to property records and Securities and Exchange Commission filings, AHF sold factories and warehouses in Arkansas, Kentucky, Missouri and Tennessee to Broadstone Net Lease.

“AHF Products did not respond to an inquiry about the recent deal. Previously, AHF CEO Brian Carson said proceeds from the sale-leaseback are earmarked for reinvestments to grow the business, including the Armstrong Flooring assets and wood flooring automation.”