Wood Cuts: The impact of the Russian war on U.S. flooring business – May 2022 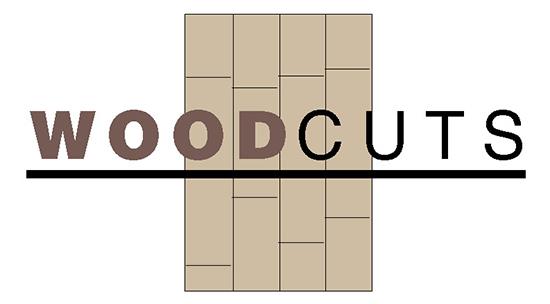 It has been nearly three months since Russia invaded Ukraine. Although conflict between the two countries has existed since 2014 when Russia seized Crimea on February 24 Russia launched a series of missile and long-range artillery attacks targeting Kyiv. Since then, multiple Ukrainian cities have been destroyed and more than five million people have fled the country with many thousands more killed, including civilians.

The worldwide reaction to this conflict has been swift, with leaders across the globe condemning Russia’s provocation and implementing sanctions meant to weaken Russia’s economy. For its part, the U.S. has banned the import of goods from several specific sectors of Russia’s economy, including Russian birch, which is a key component for many domestic wood flooring manufacturers.

According to Keith Christman, president of the Decorative Hardwoods Association, the U.S. suspended normal trade relations with Russia and Belarus on April 8, which immediately raised tariffs on Russian birch plywood to 50% in many cases. This is significant, considering the U.S. imported 567 million square feet of hardwood plywood from Russian in 2021 alone. Combined with previously existing supply chain issues, labor shortages and transportation delays caused by the Covid-19 pandemic, this situation is poised to wreak havoc on an industry that is already challenged on numerous fronts. As a result, importers, distributors and flooring manufacturers are quickly trying to determine their next move.

SEEKING SOLUTIONS
Russian birch plywood has been used by numerous domestic wood flooring manufacturers for many years and finding a source to replace more than 500 million square feet of hardwood plywood is not going to happen overnight. Then there is the issue of what to do with all the Russian birch material that currently sits in manufacturers’ inventories and was received prior to the conflict and resulting import bans.

This topic was top of mind at the recent National Wood Flooring Association (NWFA) Wood Flooring Expo held in Tampa last month. As I noted at the event, many NWFA members are looking for answers about how this situation will impact supplies, potential legal or social issues, and alternatives. We used our expo as an opportunity to bring the industry together to share best practices, information and solutions to help the industry get through this issue.

To that end, NWFA presented an education session titled “Industry Issues in a Post-Covid World.” Dr. Brian Beakler, principal/owner of Beakler Consulting Group in York, Pennsylvania, whose expertise is the construction, performance, testing and analysis of solid, engineered and hybrid rigid wood flooring, led a discussion about the issues currently impacting the wood flooring industry, including the Russian invasion of Ukraine.

Beakler reported that timber and wood products from Russia were sanctioned by the U.S. due to the size of the market and its importance to the Russian economy. He shared that, in 2021, Russia was the third-largest source of U.S. hardwood plywood imports, that a large percentage of Vietnamese birch plywood imported to the U.S. originated in Russia, and that 20% of the hardwood plywood consumed in the U.S. comes directly from Russia or from wood sourced from Russia.

These impacts are significant. Beakler imparted that the majority of mid- to high price-point engineered wood contains birch plywood cores imported from Russia or the Baltic states. This is because the material is quite durable, very stable, readily available and, until recently, affordably priced. But with the 50% tariffs imposed and Russia retaliating by banning exports of any birch products to “unfriendly countries,” many U.S. engineered wood flooring manufacturers are scrambling to find alternative products that will perform as well and are available in quantities that can meet current and future demand.

Some producers have ample inventories of birch plywood on hand, which will give them time to find suitable replacement materials. Additionally, in response to price increases due to elevated material and shipping costs, many companies already had started evaluating alternative materials that could replace birch cores.

STAYING VIGILANT
At the NWFA Expo, several viable alternative materials were discussed among attendees and exhibitors, but there remain challenges. According to Beakler, there are only a few mills in North America that can provide hardwood plywood that meets the exacting specifications of the preferred birch cores. In addition, pricing likely will be higher, and there is still limited capacity due to the lingering effects of Covid labor shortages, which have been prevalent in the lumber industry. In other words, there are no alternatives currently available in the quantities required.

The NWFA partnered with the Floor Covering Institute and the Decorative Hardwoods Association to host two webinars that provided engineered wood producers with more information and resources to help them navigate this challenge.

Prior to the first webinar, NWFA surveyed some of the organization’s engineered wood flooring manufacturers. Of those that responded, 95% currently use Russian birch. The amount of inventory these manufacturers have in stock ranged from one to six months, with the average being around three months’ worth of on-hand supply.

“It’s not as easy as snapping your fingers and being able to substitute materials,” says Beakler. “The reality is, Baltic birch is a highly stable platform, it has a good density, and it is very homogenous and predictable. Not all plywood structures that you will be able to source either domestically or from Southeast Asia will provide those same attributes. There is this element of due diligence around alternative core materials, and many in the industry have started to look at or produce solid-core engineered structures. There currently are several technologies that can be applied to help make this happen.”

Alternatives were a major part of the discussion. According to the survey, manufacturers mentioned considering Canadian red pine, domestic plywood, eucalyptus, Malaysian/Southeast Asia/Vietnamese products, and solid poplar as options.

“There are a lot of opportunities out there; it is just managing the pros and the cons of each as it applies to your customers down the line. Each option has a long list of pros and cons,” said Beakler. “Make sure you understand where the material is coming from because in this time of, ‘hey, we have got to react really quickly,’ a lot of mistakes can be made.”

Christman, who also participated in the webinar, shared data to further put the scale of the challenge into perspective. “In 2021, the U.S. imported about 1.7 billion square feet of birch plywood. It was more than 500 million square feet directly from Russia, another 653 million square feet from Vietnam, and 322 million from Indonesia,” he explained. “To put that in context, the U.S. produces about 750 million square feet of hardwood plywood of all types. So, it is a large amount of material that the U.S. would be hard pressed to make up in the short run.” He also reported that, in addition to U.S. sanctions, the European Commission has proposed somewhat of a ban on imports of Russian wood, and the Forest Stewardship Council (FSC) has withdrawn its certifications for Russia and Belarus.

Christman added, “Folks are going to be looking harder at the potential for circumvention for bringing in material from Russia through third-party countries. I think that has the potential to have some impacts and be restricted in the future, but today, I don’t think there are any direct laws that prevent folks from using that Vietnamese and Indonesian material.”

Christman noted that going forward, companies will need to be cognizant of the public affairs impact of using some of that material. “There is the impact it could have on the perception of your organization using Russian material, which is a significant concern,” he said, “and if you were counting on FSC and things like that, that is no longer available.”

Of course, most attendees were anxious to learn about reliable alternative products that are available to replace the lost marketshare of Russian birch. Beakler shared, “Meranti, eucalyptus and rubber wood are all certainly potential core replacements for birch. Will they be as good? I don’t know. I have my doubts because there is a reason Russian birch has been around the industry for so long, and it has been wildly successful. So, again, everyone has to do their own due diligence.”

Regarding how to test substitute products, Beakler offered suggestions about what to take into consideration. One concern he raised is how the structures perform in varying environments and whether that would be within the manufacturer’s warranty. Additionally, he noted the importance of understanding what is going to happen to those structures at 4% equilibrium moisture content (EMC) and at 15% EMC, and recommended environmental chambers as a good way to test prototypes. Testing is available from the Decorative Hardwoods Association.

“The other thing you have to take into account is the hardness,” said Beakler. “Am I going to replace a hard, dense birch substrate with a lower density? Maybe the plies are going to be thicker. How does that impact the performance on the surface of my product depending on the thickness of my face veneer? If I drop a mug off my countertop at 42”, is it going to indent now where it didn’t before?”

Those wanting to learn more about these issues can watch a recording of the webinar on the Floor Covering Institutes website.

The discussion will continue in person at the Decorative Hardwoods Association’s 2022 Spring Conference and 101st Annual Meeting. Taking place in Nashville, May 16 to 18, experts will outline how the pandemic, war, tariffs and illegal wood will continue to affect trade and trends.