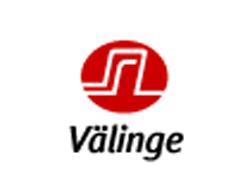 Viken, Sweden, Aug. 4, 2013 -- Välinge Innovation and Novalis Innovative Flooring said they have signed a license where Novalis obtains a license on Välinge intellectual property related to resilient floors, including an indemnification on patents from Mannington Mills Inc. related to LVT flooring.

The agreement is part of a strengthened cooperation since Välinge and Novalis in December signed a license agreement related to fold down technologies based on Välinge's and Classen’s patent rights for use on it’s LVT products.

“More than 10 companies have already obtained protection on the Mannington patents since Välinge and Mannington entered into a cooperation, and several more will follow," Valinge said in a press release.

Välinge and Mannington signed in January 2012 a cross-license agreement for LVT technology.