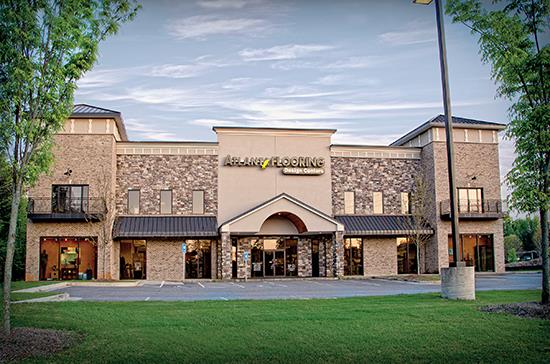 By Darius Helm and Beth Miller

Last year ended with a market slowdown that continued into the first half of 2019, particularly on the residential remodel side, but over the summer the market started to strengthen, and retailers are hopeful that momentum will be maintained in the fourth quarter, salvaging a fairly unimpressive year.

A handful of unrelated factors played significant roles in the state of the market. Some had bigger impacts than others. Looking at it chronologically, 2019 started off with the U.S. government shutdown, by far the longest in history. It ran for 35 days, from December 22 to January 25. There has been a lot of debate about the impact of the shutdown on ordinary citizens but what’s not in dispute is its impact on federal employees, 800,000 of whom were either furloughed or not paid until it ended. The U.S. Coast Guard missed weeks of pay, and Native American treaty payments were suspended, impacting hundreds of thousands. So, it’s safe to say that these groups deferred on deferrable projects (like flooring). The Congressional Budget Office estimated that the shutdown reduced real GDP in the first quarter by 0.2% and delayed about $18 billion in federal discretionary spending.

Then there was the confusion about tax refunds. The new tax plan included adjustments to the tax withholding tables-essentially taking out less for taxes from paychecks-so people who didn’t proactively increase their withholdings ended up getting smaller refunds. However, the psychological impact was possibly more severe than the financial one. Early media reports suggesting high numbers of Americans receiving significantly lower refunds were later revised to less severe refund reductions, but some consumers were still spooked.

Then came the floods. Heavy snowfalls followed by persistent soaking rains in the High Plains and Midwest led to record river flooding (in the Mississippi, Missouri and Platte rivers) starting in March and lasting through June. The flooding affected consumers as well as home builders. Communities are still cleaning up, and many homeowners are still waiting on insurance payouts.

The tariffs, first introduced in September 2018, are not generally seen as having a huge impact on consumers, though they have certainly added to a growing sense of economic and political volatility and uncertainty. Retailers, however, have had to contend directly with tariff increases, forcing them to raise prices on affected goods.

TARIFFS AND MARGINS
The tariff wars started in late September 2018 when the U.S. imposed 10% tariffs on a range of goods made in China, including all flooring categories (most notably, rigid LVT-which includes both SPC and WPC). Deadlines for more tariffs were set for January 2019, then delayed, and on June 15th another round of tariff increases, also involving flooring, went into effect, pushing the 10% rate to 25%. The Chinese have countered with their own tariffs on U.S. goods. In late summer, both Shaw Industries and HMTX Industries applied for exemptions for multilayered flooring (WPC and SPC). Responses are pending.

Late 2018 saw a flood of luxury vinyl flooring from China hitting U.S. ports in an effort to beat the impending tariffs, and the overloaded inventory carried through into 2019, temporarily buffering distributors and retailers from price impacts. It also accelerated an existing strong shift from higher-priced WPC to SPC.

Floor Focus spoke with several Top 100 retailers about how they have responded to the tariffs, and it seems like every retailer had a different strategy. Some immediately began to look for sources beyond China, like Vietnam and Korea, but that’s a strategy that only applies to SPC, which has a much simpler production process than WPC and requires a shorter ramp up to production readiness at the factory level.

Several retailers reported that they have simply passed along the added cost, and consumers are none the wiser. After all, consumers don’t know what WPC or SPC costs. The vast majority of them haven’t bought that type of product before because it’s only been around for a few years. It’s also worth noting that, if they haven’t renovated recently, they probably have no idea how much any type of flooring costs. So they’re either spending more than they would have before the tariffs but have no idea, or they’re trading down-after all, rigid LVT covers a wide range of price points. In those cases, as one retailer pointed out, “Customers are simply getting a lousier product for the same price.” And that’s something else the customer has no way of knowing.

However, dealers that have commercial contract work couldn’t readily boost the price of flooring for commercial projects they had already bid on, and in these cases, they are the ones who get squeezed. So most dealers that also do commercial work, regardless of their strategy for residential sales, saw some narrowing of their margins.

Probably the bigger impact on retailers’ margins comes from the existence of the actual category, which has taken share from most other flooring types-most recently, hardwood, and to a lesser extent, ceramic tile. Many retailers have seen their sales of hardwood decimated by lower-priced rigid LVT.

FLOORING NOTES
Overall, hardwood is the category that has taken the biggest hit over the last year or so, while laminates seem to have stabilized-some retailers even report modest improvements in laminate sales. Vinyl sheet has suffered, particularly in multifamily housing, where it’s all LVT now except in the bedroom. Actually, there’s even a trend to put LVT in the bedrooms of rental units, essentially doing the whole apartment in LVT.

While the multifamily market is dominated by gluedown, dryback flexible LVT-including a lot of the cheaper stuff, with wearlayers of 6 mil to 8 mil-it’s not a perfect solution because tenants are harder on a floor than homeowners, and LVT can get scratched up, and even gouged, in the right circumstances.

Ultimately, that’s good news for the flooring contractor when it comes to apartment turns. Apartments used to be dominated by carpet, which would tend to ugly out and hence get replaced every few years, while LVT can last twice as long as carpet, if not longer. And that’s a problem for the contractor, since slower turns means less business, and multifamily contractors rely on high volume because apartment turns is a low-margin business.

Until very recently, the single-family builder market was dominated by hardwood and ceramic tile, with carpet in the bedrooms and maybe the den. A few years ago, builders tried to make a go of it with gluedown LVT, but it didn’t turn out to be a good alternative, in part due to acclimation issues, particularly when installed over slab. But just in the last couple of years, builders have started to shift to the SPC version of rigid LVT. It’s cheaper, performs well and doesn’t have acclimation issues, and the visuals (depending on manufacturer and price point) can be surprisingly good. And SPC’s acoustical issues are not as big a deal in single-family homes as they are in multifamily, hotels and other environments where living spaces are stacked on each other. In a single-family home, the second floor tends to be carpeted anyway, so SPC’s Achilles’ heel, impact transmission to the space below the floor, isn’t that big a deal.

WPC, which is thicker and quieter but not as dense as SPC, is also more expensive-far too expensive for standard multifamily, and even too pricey for most single-family new construction. Most residential WPC ends up going into the remodel market, mostly competing against mid-priced and higher-end hardwood and ceramic.

Several retailers said that carpet business was flat or up, and those that did generally cited demand for higher-end brands like Karastan and Anderson-Tuftex as a key to their success, along with improved styling of PET carpet at more affordable price points. Mohawk’s SmartStrand carpet was also mentioned as a differentiator.

HOUSING UPDATE
Following a slowdown in 2018, existing home sales have performed somewhat better this year, but the market is still more sluggish than one might expect from the current positive economic factors like low unemployment and historically low mortgage rates. Inventory levels have been pegged as part of the problem, reducing affordability, particularly for lower-priced homes. In September, the median price for existing homes rose 5.9% to $272,100 (for all housing types), the 91st consecutive month of year-over-year increases.

Total existing home sales fell 2.2% from August to September to a seasonally adjusted annual rate of 5.38 million, which was up 3.9% from September 2018 but about flat with September 2017.

Remarking on weak numbers in June, Lawrence Yun, chief economist for the National Association of Realtors (NAR), speculated that there could be “a lack of confidence that is keeping buyers from this major expenditure.”

New home sales for 2019 briefly surged in late winter, then again throughout the summer, with August new single-family home sales were up 7.1% from July and up 18% from August 2018 to a seasonally adjusted annual rate of 713,000, according to the U.S. Department of Housing and Urban Development and the U.S. Census Bureau. New home sales correlate with completed business by residential contractors, while existing home sales align with upcoming retail (residential remodel) sales.

Retailers report that the slowest business segment so far this year has been residential remodel. Both the single-family builder and multifamily markets have been comparatively strong, though on the multifamily side, the apartment turns business has been more active than the multifamily construction market.

Most of the retailers Floor Focus spoke with said that after a slow first half of the year, the market picked up in the late summer, going into the fall with a head of steam. However, low income housing affordability has not improved, and it may well continue to curb near-term growth.

For the complete story of the Top 100 Retailers, see the November 2019 issue of Floor Focus Magazine.