Survey 2021: What the Retailers Think: The surge in remodeling and homebuilding has boosted retailers’ fortunes - July 2021 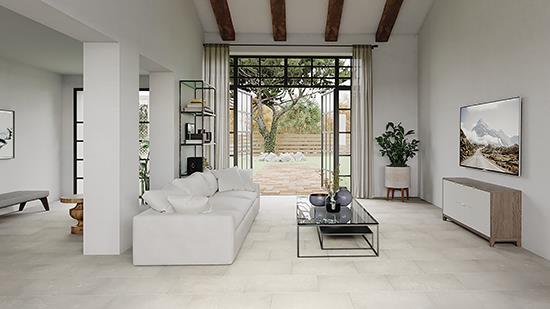 This year’s survey of independent flooring retailers-the 25th annual retailer survey-reveals that most dealers have fared well over the last 12 months. However, this surge in residential flooring has also exacerbated existing challenges and raised a few new ones, and there’s a lot of uncertainty about how long the market will remain strong.

The current surge in business started over a year ago, in late spring and early summer of ’20, after stay-at-home guidance combined with government stimulus to drive homeowners to remodel or buy new homes. According to the tenth annual Houzz & Home survey, spending on home renovation grew by 15% last year to a median of $15,000. The study also found that 56% of homeowners plan to renovate this year.

One concern, though, is that those three rounds of stimulus checks, which pumped over $800 billion into the economy, have come and gone. Currently, the market is active, with seasonal spending, some of it derived from tax refunds, driving flooring sales, so even if this wave has crested, a market shift may not emerge until later this year or even next year.

Existing-home sales fell in May for the fourth month in a row, though sales were still up substantially compared to the prior year. According to Lawrence Yun, chief economist for the National Association of Realtors, home sales are now approaching pre-pandemic levels. He adds, “Lack of inventory continues to be the overwhelming factor holding back home sales, but falling affordability is simply squeezing some first-time buyers out of the market.”

The low inventory and high prices do come with a silver lining, though, for industries like flooring. According to Great Floors’ Doug Chadderdon, “People are staying and investing in their current residence rather than waiting for a very high-priced new home.”

Another reason retailers are nervous relates to pricing. Manufacturers of both hard and soft surface flooring have implemented multiple price increases in the last three quarters, including double-digit percentage increases, as they try to keep up with escalating material and transportation costs, leaving retailers to raise prices to a level some dealers think will spook the consumer.

One retailer said, “Price increases are going to slow sales at some point in the future, making newer stock inventory worthless. I have stopped stocking deep on products that had large price increases.”

Another retailer noted, “The number of price increases is unprecedented. The sticker shock is bad enough. Just trying to keep the store’s pricing current requires a part-time person for 20 to 30 hours a week.”

A range of supply chain pressures have also slowed delivery of products. “Stock is the biggest issue,” claimed one survey respondent, who suggested that there’s too much product in China and manufacturing needs to be brought back to the U.S.

“Supply is getting harder to come by,” said another respondent. “Installers are lacking in quantity and quality.”

One of the biggest bottlenecks in the industry is freight, both in terms of importing product from major Asian exporters and moving product internally in the U.S. One retailer noted, “Recent shipping delays and freight have become an issue. It’s hard to schedule when in-stock product takes weeks to move out of the warehouse.”

“Labor is a challenge for everyone at this time,” said one retailer. In the flooring industry, labor issues these days tend to revolve around the dearth of qualified installers, but this year labor issues are impacting every aspect of the business-in the case of flooring retailers, that means that the installer problem has worsened and now there aren’t enough salespeople either.

WHO THEY ARE
This year, several hundred retailers from across the U.S. responded to the annual survey. The smallest group came from the East, accounting for just over 18% of total votes, followed by the West at over 23%, the South at 26% and the largest group, the Midwest, at over 32%. Retailers from Canada are not included in the survey. While all of the respondents serve the residential market-which includes both the remodel market (and mainstreet commercial market) and the single-family builder and multifamily markets-many also serve the specified commercial market.

Annual sales of respondents suggest an upward trend. This year, only 20% of retailers declared sales of less than $1 million, compared to 26% last year. And those with sales of $1 million to $5 million jumped from 39% last year to 48% this year. However, those with sales over $5 million did not show similar gains, suggesting that smaller retailers had the bigger gains, proportionally.

This year, about 45% of those surveyed indicated that they belong to a retail group, like CCA Global’s Flooring America and Carpet One, or Abbey Carpet, CarpetsPlus, National Floorcovering Alliance-and there are several more. Of those not currently in a group, only 2% are considering joining one.

Participation was highest in the Midwest, with 55% reporting group membership, compared to 46% in the South, 43% in the East and only 33% in the West. In terms of those that aren’t members of groups, 4% of those in the East and 3% of those in the Midwest would consider joining a group, while not a single respondent in the West and South said they would consider joining.