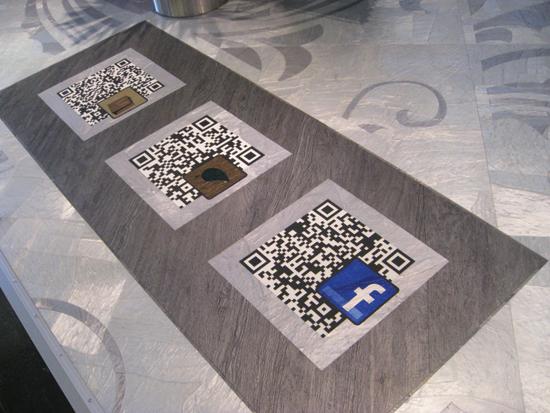 Social media and mobile marketing technologies are evolving at a dynamic pace. A significant part of the discussion about these tools isn’t what is being done but about what can be done, and not with technology that will emerge in years to come but with what is available right now.

Social media and mobile marketing are important tools for flooring dealers and manufacturers, who need to communicate with a large downstream audience. Though just a few years ago a dealer or manufacturer with a Facebook page or Twitter account was an anomaly, today these components are the status quo for many businesses, especially in retail, that want to be active competitors in the marketplace. But retailers and manufacturers that put all their eggs in the Facebook and Twitter baskets are only skimming the surface of what social media and mobile marketing can provide: location-based services and quick response (QR) codes are the next phase of social-digital-mobile technologies at the flooring industry’s disposal.

LOCATION-BASED SERVICES
Location-based services like Foursquare and Facebook Places, the two most popular, work on mobile devices (iPhone, Android, Blackberry and the like) and allow users to check in at particular locations and broadcast these check-ins to their friends and over other social media forums like Twitter. Location-based services offer business owners mobile marketing opportunities with quantifiable results.

There are incentives for consumers to use these location-based services. Retail businesses, like flooring stores, can offer specials through the platform. Many businesses offer these specials to a new visitor, for instance, or to a visitor who has checked in at the business, say, five times. Foursquare also offers virtual badges and points to users of the app (creating an opportunity for users to compete against their friends). The individual who frequents a business most is awarded the mayor badge, and Foursquare retailers often offer a special incentive to the current mayor to reward them for their loyalty. Similarly, Facebook Places offers Deals, which rewards users for check-ins.

Of course, having users check in at a flooring store is a bit different from having them check in at a restaurant. At a flooring store, a promotion can’t be as transient, since the sales cycle is lengthier, but one of the benefits of social media is that it can be tailored by the user, at will, to meet their needs.

Joel Brody, owner of Ceramic Creations in Monsey, New York, uses many social media tools for his business—including Facebook, Twitter and Linked-In—and considers Foursquare an important element in his social media plan. Interestingly, not all the specials that Brody offers through Foursquare are for Ceramic Creations’ products. Instead, three check-ins at Ceramic Creations may earn Foursquare users a free lunch. Though he has not yet received any takers, Brody believes it’s just a matter of delayed payoff. “You have to invest in social media for six to 12 months to see results,” he says. Brody is considering the idea of placing a laptop or iPad at the store’s front desk to encourage visitors to check in.

Foursquare and Facebook Places, along with other social media tools, also provide customers a forum in which to post reviews—which Brody believes is the most valuable aspect of the sites. In fact, Brody and his team actively encourage customers to review Ceramic Creations. “Customers love to share reviews,” he says. And he points out that, when his customers write reviews, they are reaching a whole group of people who may have had no awareness of his business previously. “It’s a chain that you market to, not just your 300 followers,” he says.

While there is, of course, no guarantee that all of these reviews will be positive ones, overall check-ins and reviews are likely to bode well for the reputation of a business. If users notice that five of their friends checked in at Ceramic Creations, they are more likely to visit the store the next time they need tile. Social media has been proven to influence buying patterns, and, in today’s information-heavy society, people trust the opinions of their friends over formal reviews and recommendations.

Perhaps the best news for retailers is that location-based services allow them to track how many people check in at their location and see what really works in terms of promotions and deals. While retailers outside of major metropolitan cities may not be getting a dynamic response now—in 2010, Foursquare had 6.5 million users worldwide with 380 million checks-ins and Facebook had 30 million users try Places—they can expect a great deal more response as awareness and understanding grows.

QUICK RESPONSE CODES
A QR code is another mobile marketing tool that works through smart phones. “QR codes are a great way to marry online marketing with the real world,” says Irene Williams, owner of QRHere, LLC. A QR code is a variation of a traditional barcode that mobile users can scan using a mobile device equipped with a free QR scanning app; the scan takes the user to a location on the web—like a promotional page, a Facebook page, an educational video or any other place the creator chooses to point it.

Crossville introduced its Q2R (Quick to Respond) app for iPhone in January of this year and launched Android and Blackberry versions shortly thereafter. Crossville uses Q2R to maximize its sustainable samples kit, which includes samples of every Crossville porcelain tile product on recycled or recyclable card stock. On the backs of the samples are QR codes that users can scan to gather more information about the product and build an online portfolio of SKUs they are interested in. Williams explains that, in her estimation, the success of Q2R will be judged by the amount of sustained use, more than by huge numbers of users.

QRHere, which developed Crossville’s Q2R, has created a system that makes QR codes even more appealing to marketers. Through the standard QR avenues, businesses have no ability to capture information from those who are scanning their codes, but QRHere has devised a system through which users create an account, providing businesses with the ability to collect the user’s information. The QRHere system also allows Crossville to track a user’s interests, so that they can mine that information for marketing purposes.

Q2R users have the ability to share the information that they gather through email or social networking sites. For greater usability, the Crossville system also provides users with the ability to look at their account on a computer or tablet, rather than just on a mobile screen. Users log in to their account at crossvilleq2r.com to access that feature.

Williams notes that it is important for businesses to have their QR codes pointed toward mobile-friendly sites—those created for mobile viewing—so that the user’s interaction is a simple one. “QR codes put power in the customers’ hands,” says Williams, “They don’t have to wait on the company to send them information.”

At EuroShop and GlobalShop, two retail trade shows, Centiva used its custom cutting capabilities to create three QR codes in the floor of its booth. One code pointed to the company’s Facebook page, another pointed to a slide show of Centiva products in a retail environment, and the third was directed toward a video that outlined the company’s environmental initiatives. The display also offered Centiva retailers an example of what they could create in their own showroom floors using Centiva products.

Though at first glance it might seem like a shortsighted proposition to cut a specific QR code into a floor, the beauty of QR codes is that they can be redirected to another location at any point in time, so the same QR code can point to a Facebook page today and to a special promotion tomorrow. As an added bonus, QR codes are free and can be created within minutes through a number of online generators.

Great Floors, which has 13 stores across Washington and Idaho, employed QR tags on two newspaper ads that it ran in early March. Since the store targets the Seattle market (home to Microsoft), it stays abreast of digital, social and mobile media to appeal to the city’s technology-oriented population. The QR code within the ads is pointed toward the current promotions page of the website.

Though the store does not yet have analytics that speak to the impact of the QR code, it reports that traffic is strong on the website and notes that Great Floors will seek out new ways to use QR tag technology. Because QR codes are free and are incorporated into an ad that the store would have created anyway, there is virtually no reason not to employ them, since every inquiry they produce is gravy.

ESTABLISHED TOOLS
Flooring industry players continue to find new uses for the more established social media tools as well. Last year, Shaw rolled out its Tigressa carpet not through traditional advertising but through the blogging community—and it was the most successful launch in company history. The company plans to repeat this approach in 2011.

Ceramic Creations’ Brody believes LinkedIn is still one of the most effective tools in his social media arsenal, noting that the site provides “tremendous opportunity for dealers to find architects, designers, builders and developers—people who will provide repeat business.” Brody emphasizes that social media should always be used to provide education—not to sell.

Mannington took this education approach when it unveiled its Let’s Make Some Noise YouTube video this March. Let’s Make Some Noise shares a message about Mannington’s commitment to American manufacturing. But Mannington believes that the video has a larger message as well, and it is banking on the fact that the patriotic theme is enough to make the video go viral, reaching an audience well beyond the flooring industry.

Since there is very little brand recognition in flooring, Mannington hopes that the video will inspire an emotional response that will, in turn, encourage consumers to seek out Mannington products when they are next in need of flooring. In the first five weeks the video was online, it was viewed over 13,000 times. But, Mannington admits, it’s impossible to gauge how (or if) this will affect the bottom line. According to Mannington, the measure of success of the project is how many views it receives—and so far they are pleased.