One-on-One with Bob Shaw: The flooring titan weighs in on issues of the day - Aug/Sept 2020 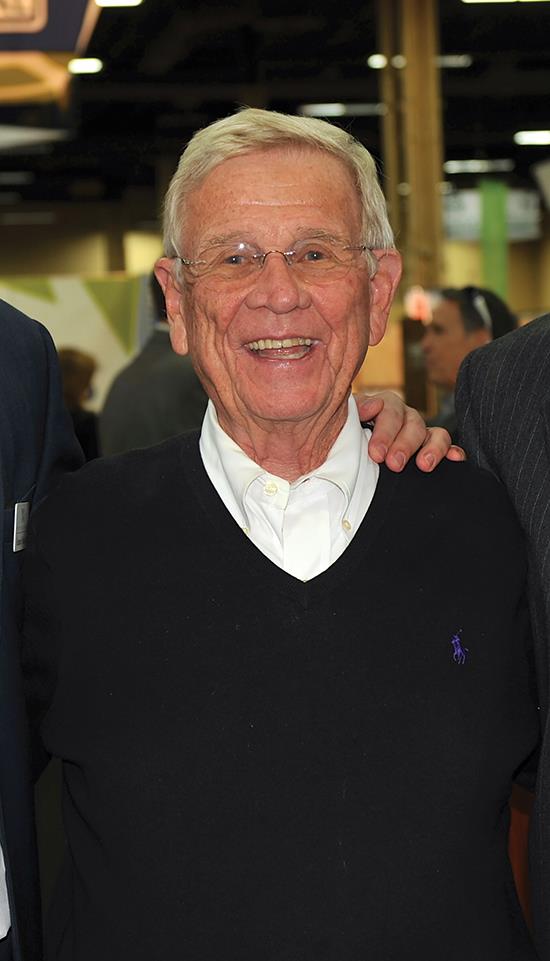 Kemp: I’ve heard it said that, for the flooring industry, the silver lining of this pandemic is that it has placed a heightened priority on fixing up the home. Do you believe that will last for a while?
Mr. Shaw: Within flooring, particularly residential carpet, sales have always been based on disposable income, and we were probably down third or fourth on the list. If there was some money left over, consumers would fix up the house, but cars, vacations, etc., took priority. I believe the priorities for disposable income are making the home a higher priority simply because we have things called computers today, and moving forward, we are going to see individuals working at home rather than traveling back and forth to the office. Because of that, we are probably going to see a pick-up in the residential replacement business that could be here a while.

It has been an unusual year. We had a good first quarter start. But then a national scare in the middle of March and the whole month of April, which are historically strong for flooring sales, resulted in a terrible six weeks. How much pent-up demand is there? Nobody knows, but I’m sure some of the business we are getting now would have been done a couple of months earlier if we hadn’t had the scare of the virus.

Of course, the other major area in the residential market is the apartment replacement business. The [government] protection of [safeguarding renters from eviction during the pandemic] really took that segment of the business down. So we saw sales of retail replacement carpet going up and multifamily going down during that period of time. Is that going to change when [renters] are forced to move out? Probably so. We may see a pick-up there. I think we will see a reasonably good fall selling season.

Kemp: What are your expectations for new
residential construction?
Mr. Shaw: We have had increasing family formations now for the last three or four years-I emphasize family formations, not necessarily marriages. As far back as I can remember-60 or 70 years-we have never had mortgage rates under 3%, so I think we are going to see more new construction activity. Will it be condominiums or free-standing homes? I think it’s going to be a combination of both.

Kemp: What about the commercial business? We know that hospitality and retail are the two worst sectors right now, and it is highly likely that those will be soft for a while.
Mr. Shaw: When a hotel’s volume suddenly drops by 50% to 60%, it isn’t inclined to spend a lot of money on its rooms. So where hospitality would normally have a five- to six-year turnover in redecorating rooms, today, they will probably put it off for a year or two.

As far as the need for stores, more and more of that business is going to shift to the Internet. We are probably seeing a shrinking in the number of brick-and-mortar buildings that will be occupied. We’ll always need schools, hospitals and nursing homes, but the demand in the other segments could be soft for a while. All in all, I think the commercial side of the business will have tough years in ’20 and ’21.

Kemp: Flooring is a kinetic product. The consumer really can’t tell the quality or even the color of a flooring product by looking at a picture on a screen. Do you think we’ll see more e-commerce in flooring?
Mr. Shaw: If you are talking about rugs, sure, people will buy rugs online. If we could figure out a way to install wall-to-wall carpet on the Internet-perhaps larger rugs that don’t require installation-that would be a real plus. But I think that’s down the road apiece, so we are going to be dependent on the installer for the next few years.

Kemp: I interviewed Joe Yarbrough recently, and he said carpet is losing about 2.5% a year in share in units. What is the long-range view on carpet, where you are so heavily invested?
Mr. Shaw: I think we have probably lost all of our unit business. Now, have we lost the dollar? Of course not.

Kemp: Will we see a shift to better-end goods in carpet?
Mr. Shaw: I think probably yes. You have to look at percentages. The higher the percentage of multifamily, the lower the cost of the floorcovering. I think we are going to have a bigger percentage that is carpet replacement going forward, so it will look like the average is going up, but I think it’s the shift of where it’s going that is changing, not necessarily the average of the cost.

If we look at what we are giving the consumer today, it’s a much superior product to what we gave them ten years ago and at a considerably lower price. And affordability is always important-we have way more truck drivers than we do presidents.

Kemp: You like to make what you sell. You have the most efficient carpet operation out there. It’s been announced that five new companies are moving into North Georgia to manufacture LVT. Any chance you might dip your toe in that business, or will you always source vinyl products?
Mr. Shaw: Yes and no. We are learning a good bit about LVTs right now, and I think we are learning the good, the bads and the uglies. I’m not sure we have yet matured that end of the business. I don’t think China is necessarily a mature marketplace with regard to consistency.

You don’t have to be first. What you have to do is make sure you don’t damage your reputation by having bad quality. There is no question we are going to see more domestic production of LVT.

Kemp: Do you think the viability of the independent retailer will be strong for the next 20 years?
Mr. Shaw: I think it has to be. Fifteen years ago, we had over 30,000 independent retailers. Today, we have between 10,000 and 14,000-less than half. Independent retailers have a service that they render, and that service, quite frankly, is being able to do the proper job installing the product.

Kemp: What is your outlook for the flooring business moving forward?
Mr. Shaw: We haven’t been through a time like this before, at least to my knowledge. I’ve been in this business for 70 years or so, and we’ve never had so many variables-from political concerns to the nature of where we are going to live.

I believe now that we have realized that we don’t have to gather in an office building to do a lot of our work. People are going to live in the suburbs rather than the cities. Apartments have never been cheap from a construction perspective because there is a higher cost for the land, and building up is expensive, so I think we’ll see a shift there, too. I believe we’ll grow in population, and, as far as I can see on the residential end of the business, things look pretty good. Eventually, we will level out and find out what’s next for the commercial end.