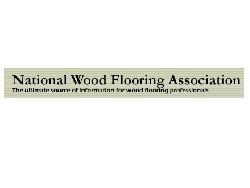 Korczak had planned to remain with the NWFA until the end of 2011, to help with the transition of COO Michael Martin into the leadership role. However, following the NWFA’s Convention last month,he felt that he was able to hand over the reins sooner.

“It was a great convention in San Diego, and a wonderful roast,” Korczak stated. “It was a lot of fun looking back on the many friendships I’ve made in this industry, but the time has come for me to move on.  NWFA’s leadership transition is well underway, allowing me the luxury of retiring earlier than I had originally planned. I thank everyone for a memorable 17 years with the NWFA. God bless you all.”

NWFA Chairman, Rick Holden, recognized that Korczak’s “contributions to the NWFA and the industry have been significant” and that Korczak “will be missed. We wish him well in his retirement.”

With Korczak’s announcement, Martin will take over as NWFA’s CEO.