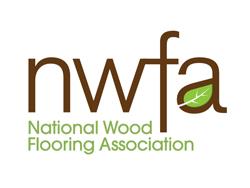 At the expo, the NWFA announced details of its University. Along with the start of a new year of NWFA membership, the University will launch July 1.

The NWFA University is an online platform that gives individuals an opportunity to participate in wood flooring training when and where they want it. It is comprised of individual learning modules lasting 15 to 20 minutes, with an online testing component. A series of modules will lead to badges that can be earned. A badge is a digital representation of a learned skill, and contains content that can be shared on social media platforms. Badges will serve as prerequisites to hands-on training, which will allow for more time to develop hands-on skills during in-person training. A combination of badges and hands-on training will lead to certifications. As students complete modules and earn badges, their company will be prioritized in the NWFA’s “Find a Professional” search tool on its consumer web site, woodfloors.org. Those earning badges move up in the search with each badge they earn. Those earning certifications receive top listings, with multiple certifications at the top of the list.

At the expo, the organization also announced the winners of its 2016 Wood Floor of the Year contest. The Wood Floor of the Year awards were developed to encourage and recognize innovative craftsmanship and design in wood flooring installations. Since the program began in 1990, more than 200 awards have been presented to NWFA member companies throughout the United States and Canada, as well as in Russia and Finland.

This year’s Wood Floor of the Year Contest yielded 51 entries from the U.S. and Russia. All entries in the competition featured flooring installations completed between January 2015 and January 2016. A panel of judges comprised of trade and consumer press editors, industry leaders, and professional designers, evaluated the individual categories. The NWFA membership voted on all entries to recognize the Members’ Choice winner.

Lastly, Elizabeth Swift Brown, Allen Harris, Jr., and Dona Musolf have been honored with Legacy Scholarships through the NWFA Education and Research Foundation.

Elizabeth Swift Brown cofounded French-Brown Floors with her husband, F.E. (Von) Brown, in 1952. Over the years, she served as a founding member of the International Furnishings and Design Association, and president of the Greater Dallas Floor Covering Association.  Brown also was inducted into the Western Floors Magazine Hall of Fame, and received the NWFA’s Industry Leadership award in 2002.

Allen Harris, Jr., with Harris Wood Floors, is the third-generation to lead the family business founded by his grandfather in 1902.  Harris led the company’s merger with Tarkett International in 1983, expanding their product line to include engineered wood.  He was inducted into the MFMA Hall of Fame in 2003, and was the first inductee into the NWFA Hall of Fame in 1989.

Dona Musolf cofounded Lon Musolf Distributing with her husband, Lon Musolf, in 1953.  She served as both the company’s secretary and treasurer until her retirement in 1996, and is credited with much of the company’s long-term success.  Dona and Lon were involved with the NWFA since its inception, and were instrumental in the growth and direction of the association in its earliest days.

NWFA Legacy Scholarships were developed to honor industry leaders who gave great time and effort throughout their lives to advance both the NWFA and the wood flooring industry. To be honored with a Legacy Scholarship, nominees must be approved by a scholarship committee, and must receive funding of $5,000.  Funding can be received in one lump sum, or in smaller contribution amounts that can be combined to achieve the total contribution.