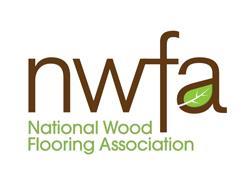 SSG Walker was injured in 2012 when he was struck by an improvised explosive device (IED) designed to destroy armored vehicles. He was thrown 30 feet by the blast and lost his left leg and both arms. In addition to these injuries, his facial bones were shattered, his ear drum burst, and both eye muscles were detached.  Due to the extent of his injuries, he remained at Walter Reed National Military Medical Center for more than two years.

“Sergeant Walker enlisted in 2003 and served during Operation Iraqi Freedom,” says NWFA President and CEO, Michael Martin. “He served his second tour in Khost Province, Afghanistan as an Explosive Ordinance Disposal team leader, where he identified and disposed of IEDs. He put his life on the line every day to protect coalition forces, civilians, and his team, and we’re honored to partner with the Gary Sinise Foundation and Somerset Flooring to help make his specially adapted smart home possible.”

In addition to the 17 homes already completed, NWFA currently is working with its members to source wood flooring for 25 additional R.I.S.E. homes in various stages of planning and construction. Currently, 41 NWFA member companies have donated product, logistics, and installation services in locations throughout the United States, with a total value of more than $1.3 million. A list of all NWFA R.I.S.E. partners is listed at http://www.nwfa.org/giving-back.aspx.

By the end of this year, 59 specially adapted smart homes will be completed or underway through the Gary Sinise Foundation R.I.S.E. program