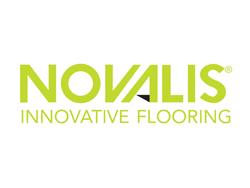 Toronto, ON, November 10, 2015—For the sixth straight year, Novalis Innovative Flooring has been named the official flooring sponsor for the Shanghai Rolex Tennis Masters, one of the largest tournaments in the world and a favorite in the ATP1000 series.

This year, in addition to the previously installed Novalis LVF in the Hospitality and Brand Pavilions, Novalis installed 300 square meters of its new AVA DSGN collection in the Players’ Lounge. AVA is the new commercial brand of LVF from Novalis and introduced at NeoCon East last month.