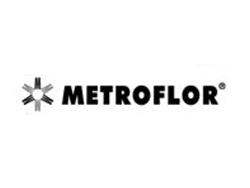 Herregan received the 2011 Konecto Distributor of the Year award, in recognition of their top sales performance in this category.

In addition, Herregan got the top honor as the distributor exhibiting the most comprehensive and unparalleled support for Metroflor’s brand and products with the Metroflor’s President’s Award.

Tri-West was also honored with the 2011 Metroflor Distributor of the Year, and the 2011 Paramount Award for having the most outstanding sales achievement across a diversified range of Metroflor Corp. products.