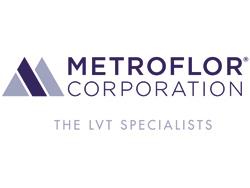 Las Vegas, NV, February 2, 2018-Metroflor Corporation celebrated the 2017 sales performance of its distribution partners by bestowing its performance awards at a rock and roll celebration at the House of Blues in Mandalay Bay during The International Surface Event (Surfaces) 2018.

Over 600 people--including Metroflor’s entire sales team and its distributors, aligned dealers and other key customers and friends--rocked out during The Unbound Tour 2018-A Celebration of 80s Arena Rock.

* Once again, Tri-West, Ltd. won the most awards, a total of five: The Paramount Award, honoring the distributor that purchased the greatest overall amount of Metroflor products in 2016; the Engage Genesis, Metroflor LVT and Prevail Distributor of the Year accolades; and the Distributor National Sales Champion Award bestowed to John Mayer.

* Reader’s Wholesale Distributors, Ltd. won the Aspecta award as well as the President’s Award, honoring the distributor exhibiting the most comprehensive and unparalleled support of Metroflor Corporation, its brands and products.

Following is a complete listing of all the award winners:

Prevail Distributor of the Year-Tri-West, Ltd.