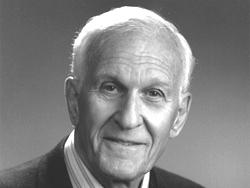 Jackson, MS, March 12, 2007--This year the National Tile Contractors Association (NTCA) will honor Henry M. Rothberg, B.S.Ch.E., A.I.Ch.E., A.C.S., chairman of the board of Laticrete International, Inc. with the prestigious Joe A. Tarver Cornerstone Award. The award recognizes an individual for career achievements in furthering the use of ceramic tile and natural stone.   The ceremony will take place in conjunction with the 4th Annual TileLetter Awards, at 5:30 p.m. on Thursday, April 19 in room S101AB at McCormick Place during Coverings 2007 in Chicago, Ill.   Rothberg received his degree in chemical engineering from the University of South Carolina, and attended Harvard University Graduate School of Business Administration. He has been closely associated with the construction industry in the ceramic tile, marble and stone areas for over 45 years beginning with his early days as a ceramic tile, marble and terrazzo contractor.   In the 1950’s, while working for Uniroyal Company at its Naugatuck, Ct., facility, Rothberg developed Laticrete 4237 Latex Thin-Set Additive. This new technology enabled a strong, weather and shock-resistant thin-bed mortar to be mixed on site and gauged to a workable consistency. In 1956, Uniroyal sold the Laticrete brand to Rothberg, and Laticrete International was born. After the first latex Portland cement adhesives used in the tile industry was introduced to North America, he introduced this technology to Europe, the Pacific Region, Australia, New Zealand and Southeast Asia in the early 1960's.   Rothberg also developed the first water cleanable, non-toxic epoxy modified Portland cement mortars and introduced them to the construction trade as adhesives, concrete repair materials and coating. His developments include the first thin load-bearing waterproof membranes as well as sound control underlayments for use under ceramic tile.   The Tile Contractors Association of America (TCAA) awarded Rothberg the Cesery Award for his lifelong dedication and contributions to the ceramic tile industry. The International Masonry Institute (IMI) of Chicago, Ill., has also honored him with a lifetime achievement award.   Rothberg is the holder of many patents and is recognized worldwide as one of the leading authorities in latex and polymer modified Portland cement technology. His articles and technical reports have been translated into many languages and distributed worldwide.   “Laticrete International has demonstrated a commitment to excellence over the years in numerous ways, including the creation of installation systems that have helped to grow our trade,” said Bart Bettiga, NTCA executive director.  “As the leader of LATICRETE International, Henry Rothberg has been a pioneer in the development of products that have changed the course of our industry.  The company has also demonstrated a commitment to quality installation by supporting educational initiatives developed by NTCA and other organizations, as well as their own.  NTCA is proud to recognize Mr. Rothberg for his numerous accomplishments over his lengthy career.”