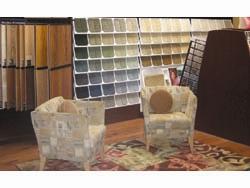 After years of strong growth, thanks in large part to the most robust housing market in history, conditions have gotten tough in the residential flooring business. With new home sales continuing to drop, builder retailers are the most impacted, but existing homes sales, which are also down, generate the remodeling work that floorcovering retailers depend on, so everyone’s affected.

Three main factors seem to determine the health of retailers in the current economic climate. One is location. While some regions have suffered terribly, the housing market is still fairly healthy in some areas, like a lot of the Pacific Northwest and parts of the Southeast. The second factor is the health of the retailer. The bigger, more robust retailers have an easier time weathering difficult market conditions, and in many cases have gained share while smaller stores with smaller margins of error are suffering or even closing their doors. Many of the Focus 100 retailers won’t see revenues drop this year; some even anticipate growth.

The third factor is diversification. Many of the retailers gaining share in this market report strong returns by either increasing their product offerings or expanding target audiences. While most of these retailers have either increased their product range, usually by increasing hard surface options, or expanded beyond flooring to wallcoverings, lighting, countertops and garage floors, more recently many have been targeting the commercial market, where conditions are much more favorable.

The housing market started its wild drive upward about five years ago, driven by historically low interest rates. Rampant speculation ended up leading to an overbuilt, overpriced market. Much of that growth has been driven by subprime loans and adjustable rate mortgages packed with high risk incentives. Those adjustable rate mortgages are renewed after a few years and the terms are changed, and next spring many of those loans will be readjusted, which could lead to another hit on the housing market.

Most experts don’t believe housing has hit bottom yet, but no one is willing to predict when it will start cycling back up. Foreclosure rates are still rising and single family homes continue to lose value. On top of that, lenders have become more cautious, raising interest rates and offering stricter loan terms, making it harder for people to qualify. It will be particularly tough for holders of subprime loans to get refinancing.

In September, the Federal Reserve dropped interest rates by a half point, in part over concern about the state of the housing market and its potential impact on the health of the U.S. economy, but it’s not yet clear what impact, if any, the rate cut will yield. However, further rate cuts are anticipated.

New home sales in August were down 8.3% from July to an annual rate of 795,000, led by the South and the West, and the median price for a new home dropped 7.5% from a year earlier.

A forward looking indicator, the Pending Home Sales Index, fell 6.5% in July to over 20% below where it stood a year ago. The poorest results were in the West and the South, down 27% and 21%, respectively, but the Midwest and Northeast were each down about 18% from the previous year.

Subprime loans account for 15% of the total U.S. residential mortgage market, and 11% of them are 60 days or more past due. As Santo Torcivia of Market Insights/Torcivia points out, even if 15% of those loans were not only past due but were in fact foreclosed on right now, that would only be 2.25% of all outstanding mortgages. That comes out to $225 billion, a huge number, but it’s countered by the eventual value of those millions of bank owned homes.

Major Metro Markets like Los Angeles, Miami and San Francisco saw more subprime loans than the smaller markets, and in those markets, housing prices outpaced income growth. However, in regions where income growth kept pace with housing, the downturn has not been as severe. For instance, Texas has some big growth regions, like Houston, but housing there is more in synch with income growth, so that market has not fallen as much as many neighboring states.

The multifamily housing market has fared better, in large part because there are more renters in the market. However, growth in that sector has been moderated by a shrinking condo business. In recent history, condos have generally accounted for 25% of the multifamily housing market. However, following a rise up to 45% in the last few years, that number is now sliding back down.

Florida has been hit harder than any state, with housing starts down 46%, and most of the damage is from southern Florida. Nevada is down 30% and California is down 21%, also led by the southern part of the state. Other states with poor housing starts include Arizona, Kansas and Michigan, to name just a few. Most of Michigan’s woes come from job losses in the automotive industry, and that’s poured over to neighboring states. Parts of Ohio, Indiana and Illinois have been affected. And Wisconsin’s Apple Valley region, which lies between Milwaukee and Green Bay, has also been impacted.

Regions like the Pacific Northwest have fared better. Great Floors, with close to 20 locations in Idaho and Washington, anticipates that 2007 will be another solid growth year, thanks in part to the relative health of the housing market. But that growth also reflects strategy. In the last few years, the firm has diversified into countertops—it owns a granite fabrication facility—and into commercial flooring through the acquisition of Invironmentalist operations in Seattle and Spokane.

However, no region is immune, and there are signs that activity in the Pacific Northwest is starting to tail off.

Iowa and other cornbelt states have fared better than many regions, in part because of the increased demand for corn for use as fuel and plastic. However, in the last two years, the cost of a bushel of corn has doubled while ethanol prices are down by at least 25%. Apparently, production output is rapidly outpacing transportation capacity and there’s a massive glut. Consolidation of this fledgling industry could heavily impact the farmers who have benefited from this new commodity.

As retailers look for ways to boost sales and take share from the competition, many have returned in earnest to the concept of diversification. Those who specialized in carpets have been adding hardwood, laminate and ceramics, while those with a full line of floorcoverings have looked beyond the category. Other interior elements like window treatments, lighting, countertops and wall cove rings have been popular, though this year some retailers also report doing garage floors and outdoor pavers.

Most interesting of all, though, was a clear trend toward targeting the far healthier commercial market. For most retailers, this means increasing their Main Street business, which tends to target local commercial operations like beauty salons, dentist offices and non-chain retail stores. Few have followed the example of Great Floors and purchased contract dealers, but we may see more of that.

Higher end business has generally been steadier than the middle to low end. R.C. Willey’s Steve Pulsipher, who anticipates flooring business will be up 10% this year at the firm’s 11 furniture and flooring stores and four clearance centers, credits much of the growth to high end business.

The secret, Pulsipher says, lies in stocking those high end goods. Baby boomers looking for top of the line flooring don’t want to be told they have to wait a few weeks while their floor is ordered and shipped. They want it right then and there. So retailers with the right products on hand can capture those sales.

Pulsipher and other savvy retailers also understand the importance of advertising, particularly in a down market. That’s when marketshare most readily changes hands, so maximizing exposure during a downturn pays long term dividends. That’s what R.C. Willey did during the residential slowdown five years ago, and sales now have doubled from where they stood in 2002, to $66 million.

With the public aware of the issue but still uncertain about its role, an opportunity exists for residential flooring manufacturers to lead the way. In fact, the biggest carpet mill, Shaw Industries, has already taken the lead with its Green Edge initiative for hard and soft surface products as well as its integration of Anso residential fiber into the Evergreen nylon recycling program. Mohawk Industries, meanwhile, has invested a lot of money in Sorona, its corn based carpet polymer. Mohawk is also the world’s leading recycler of plastic bottles, which are made into polyester carpets for the residential market.

Right now, most consumer demand for green products comes from regions like California and the Pacific Northwest, as well as specific places all across the country. Places like Madison, Wisconsin, Columbus, Ohio and the Pioneer Valley in Massachusetts, all regions with a strong university presence. However, retailers in most of the country say that few customers base their buying decision on a product’s green qualities.

Nebraska Furniture Mart, a Berkshire Hathaway company with huge operations in Omaha, Des Moines and Kansas City, has started orienting its advertising toward green products. The business itself is also going green. Every week it sends about 27,000 pounds of reclaimed carpet to Shaw’s Evergreen facility in Georgia.

Great Floors is remodeling its stores in the Pacific Northwest with dedicated sections for green offerings such as bamboo, cork, linoleum and reclaimed wood.

More and more retailers are stocking bamboo and cork and other green products. CCA Global’s new Green Select program addresses not just product but also the way in which member businesses should be run in order to move toward environmental sustainability. Abbey Carpet will be introducing a range of green products at its annual convention in early 2008.

For highlights and a list of the top 100 Retailers, see the November 2007 issue of Floor Focus Magazine.