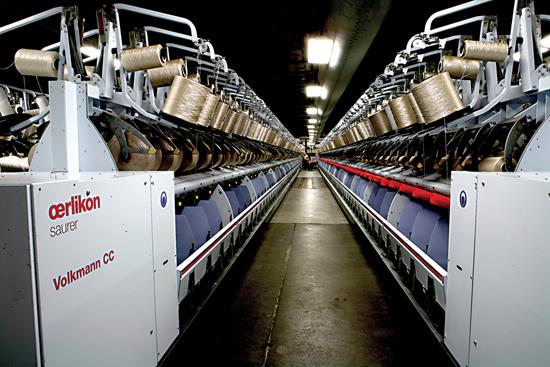 Face fiber consumption in the U.S. market was flat last year, with gains by polyester negated by reductions in nylon and polypropylene. And lowered price points in residential carpet balanced out activity at higher prices in the commercial market. Shifts in fiber share this year have been driven by a range of largely unrelated factors, from crude oil prices and refinery capacities to investments in twisting and heatsetting and a new drive toward targeting pet owners.

Last year was expected to be a strong year for fiber growth, with many industry experts pinning their hopes on flooring gains in the residential market. Things didn’t turn out that way, with winter weather’s impact seeming to have frozen more than just the physical landscape. Investment plans all across the country were put on ice, from individual residential remodeling to new home building. The commercial market outperformed the residential market, but commercial business only accounts for about 40% of total flooring dollar sales and less than 30% by volume, and it only posted modest growth last year, so it was unable to pull the market into positive territory.

This year prospects for growth are somewhat improved, despite yet another frigid winter from the Great Lakes to New England to the eastern seaboard. Single digit gains in carpet are expected in both the residential and commercial markets.

OIL AND ITS IMPACTS
The most obvious impact on fiber is the cost of crude oil, since all synthetics derive a large part of their raw material from hydrocarbons. But while oil influences synthetic fiber costs, other factors like refining capacity and global demand can sometimes be an even bigger influence. Also, face fibers can account for as little as 20% of the total weight of the carpet, making costs of the other materials (most of which are also hydrocarbon based) just as important.

Nevertheless, despite impacts from demand, refining and other factors, it’s worth noting that in 2014, according to PCI Fibres, while crude oil prices fell about 49%, raw material prices for polyester, nylon 6 and polypropylene declined 29.8%, 36.5% and 33.6%, respectively. And while some independent fiber producers have dropped prices in order to compete with the vertically integrated mills, others have not. And at Surfaces, there were no announcements made about lowering carpet prices.

The fall in crude oil prices over the last year was the result of several factors. Reductions in global demand coupled with increases in capacity (most notably from North America) led OPEC to act, and rather than reducing capacity—and ceding marketshare—OPEC instead lowered prices.

Falling oil prices have translated to lower gasoline, heating oil and natural gas prices, and the American consumer has profited. By some estimates, the average American household has up to $500 more in discretionary income per month compared to a year ago.

SHIFTS IN FIBER MARKETSHARE
In residential carpet fiber, polyester (PET) started taking share from nylon around 2006, almost entirely because of improvements in bulk continuous filament (BCF) technology, which led to a wave of transformation. Back in 2000, for instance, BCF PET accounted for 1% of the total face fiber market, and last year it accounted for 36% of the market. Polyester already makes up about half of residential carpet production.

Polyester carpet’s strongest positions are in the multi-family market and the lower end of the single-family and residential remodel markets. That’s part of the reason why the residential carpet market was down four times as much in dollars as it was in volume last year. And there’s been plenty of concern that low-end polyester carpet would pull down the whole carpet market toward the commodity level.

So it should come as good news that the current wave of investing in fiber production is more focused on twisting and heatsetting equipment and less on extrusion capacity increases. After all, much of that new equipment is being used to produce high performing polyester for the manufacture of a heavier, higher end carpet.

At the low end of the polyester market, the lightweight carpet doesn’t have a lot of twist, so that it blooms out and gives the appearance of more coverage. Polyester yarns heatset with a higher twist will maintain their integrity more easily and for much longer, so they’re used in denser constructions.

For several few years, firms have been promoting PET filament with post-consumer content ranging from 25% to 50%. But recently, the green story of PET has been tarnished by the lack of a market for used PET carpet, a problem that is threatening the viability of the carpet reclamation infrastructure. But in the next few months, the environmental commitment of mills marketing carpet made from used drink bottles will be tested, because drink bottles, traditionally a cheaper source of PET fiber than virgin polymer, are cheaper no longer. So mills stand to make more money per unit with carpet manufactured with virgin PET. The question is, will they stick with the green story or follow the money?

Adoption of solution dyeing has been vigorous. Consumers like it because it means a carpet with a higher stain resistance, and one that can handle harsh cleaners if necessary. And mills like it because it adds value to carpet, which is steadily ceding share to hard surface flooring.

Engineered Floors, which was entirely focused on virgin solution-dyed polyester for the first few years of its existence, added nylon extrusion to its third plant last year—though the capacity is convertible to other fiber types. The firm introduced product from that line at Surfaces, called PureColor Soft nylon 6. Many in the industry expect Engineered to launch a major solution-dyed program with Home Depot, since Lowe’s is all sewn up with Stainmaster.

Solution dyeing got another boost a year ago, when Invista introduced its PetProtect solution-dyed nylon 6,6, a rebranding of SolarMax, which focused its story on color fastness. Invista researched the issue and found that the American consumer’s soft spot is their pets, on which they’ll spend billions annually. Offering a product to protect their homes from the one major negative with pets turned out to be a marketing coup. Invista’s PetProtect sales have doubled in the last year (from where they were as SolarMax previously), and there’s little doubt that vigorous growth of the product will continue.

Other manufacturers are starting to launch their own pet focused products. Engineered Flooring, for instance, has developed a breathable membrane that goes between the carpet and the pad, preventing stains from sinking through but allowing moisture to escape from below. And Shaw’s new Lifeguard backing is also being marketed to protect against pet accidents with a moisture barrier in a commercial grade backing along with the firm’s R2X stain and soil resistance treatment.

The other big trend in the residential market has been soft fiber. About three years ago, a new wave of ultra-soft fibers hit the market, and by many accounts it helped boost the category and balance entry level PET with some higher end product. But the fibers were extremely fine, as low as 4 DPF (denier per filament). Many people wondered if the fibers were simply too soft, and there have been numerous reports about problems cleaning these soft carpets with traditional vacuum cleaners.

Now that the dust has settled, it looks like the American consumer has shifted away from ultra-soft fibers to options that are soft enough, maybe from 7 DPF to 9 DPF, a little softer than the first generation of soft fibers that came out at the turn of the century, and a little less soft than the bath mat feel at the other extreme.

INDEPENDENT PRODUCER HIGHLIGHTS
Pharr Yarns, which celebrated its 75th anniversary last year, purchased Phenix Flooring, a major PET and nylon carpet mill, at the beginning of 2015. It recently phased out the last of its staple assets and added high speed twisting and heatsetting equipment to address lower denier yarns as well as the smaller lot sizes that come with solution-dyed fiber.

Pharr also recently completed its brand new space dyeing facility using areas that used to be devoted to its staple operation—staple production uses more square footage per unit of product than BCF, so the shift from staple fiber opened up a lot of extra area at Pharr’s McAdenville, North Carolina campus.

This year, Invista reports that it had over 50% more Stainmaster introductions at Surfaces than it had last year, and part of that is due to PetProtect, which has been doing great both at Lowe’s and with specialty retail. A year ago, there were ten PetProtect products from two mills, and now there are 50 from nine mills. The firm also launched a special program, through a partnership with the ASPCA, that holds pet adoptions at retailers like Stainmaster Flooring Centers alongside PetProtect sales. Wichita, Kansas based Star Lumber and Supply, for instance, held one such event and ended up sending a portion of its sales ($10,000) to the Humane Society.

About two years ago, Invista also got into the polyester business with Stainmaster Essentials, a fiber that is not made in-house but is instead manufactured to Invista’s specifications. The program has been very successful, particularly at Lowe’s.

Despite the sluggish market last year, Aquafil’s business has been good, with revenues from U.S. operations up about 10%. European business started off strong last year but slowed toward the end. A lot of that U.S. growth comes from strong demand in the commercial market for Econyl, the firm’s high post-consumer content nylon 6. A few months ago, the firm started up its shearing operation in Calhoun, Georgia that takes reclaimed nylon 6 carpet, separates the fiber and ships it to Slovenia to be turned into new carpet. The Calhoun operation is one of many recent investments. Last year, Aquafil invested $25 million in new assets globally.

Universal Fibers has spent the last several years building a global operation. The firm is headquartered in Bristol, Virginia, but has operations in Thailand, China and the U.K., extruding nylon 6, nylon 6,6, PET and PTT. The firm has added some multi-platform extrusion capacity for automotive and commercial fiber at its Bristol facility, and also expanded its Chinese operation, launched in 2008, with four new lines for commercial and automotive.

Last year, the firm partnered with Knox in Scotland to put in place its own yarn processing capabilities, but then Aquafil purchased Knox. So Universal is currently looking around the U.K. to find a new home for its equipment, and the plan is to have it up and running later this year.

Overall, Universal is 65% commmercial, 25% automotive and 10% residential—mostly solution dyed. The firm is currently developing a commercial product made of DuPont’s Sorona (PTT), with both high performance and more competitive price points.

Ascend’s core business is BCF nylon 6,6, though it also does some staple and antistatic fibers. Two years ago, the firm introduced Ombre, a nylon with dye variability along its length, and now Ascend has taken that technology into soft fiber, called Ombre Soft. And the firm is also developing other soft fibers, like a bright, a dull and a deep dye, many of which have been showcased at Surfaces.

Zeftron, which produces nylon 6, has been adding new collections to its color palette. The Brilliant Collection and Designers Select Collection are now available for running line and custom carpet, and that brings to 120 the total solution-dyed offering of Zeftron. The firm’s Cradle-to-Cradle certification was recently renewed, and the firm has also revamped its website—among other things, the new site allows specifiers to download the Zeftron Color Swatch and import it into their own design software.