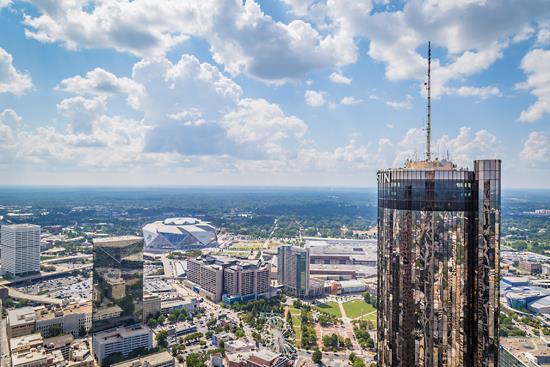 Deutsche Messe’s inaugural U.S. event, Domotex USA, is taking place February 28 to March 2 in Atlanta, Georgia at the Georgia World Congress Center (GWCC). Over 200 companies have booked 90,000 square feet of show space. Exhibitors from around the globe will be in attendance. Visitors who are used to Las Vegas prices are going to find Atlanta much more reasonable.

The Domotex USA show is located 90 miles south of Dalton, Georgia, the “Carpet Capital of the World.” Dalton is home to most of the top floorcovering manufacturers. Attendees can sign up to tour Shaw, The Dixie Group, Engineered Floors’ SAM facility and Beauflor USA.

It is worth noting that after this first year, the Domotex USA shows will take place closer to the first of February. The NFL’s Super Bowl game booked the first Sunday in February two years ago, so Domotex took the first available time slot after the game.

Transportation by car in the city can be challenging. However, Atlanta offers a Marta train route that can take attendees directly from the Hartsfield-Jackson airport to the GWCC in about 15 minutes. Red and Gold line trains run from the airport north to the Five Points Station, connecting to the Blue line that runs west to the GWCC/CNN station. Those who choose to come by car can park at the Red deck of the Georgia World Congress Center for $15 a day.

The metro Atlanta area is home to 5.8 million people but the city itself has a population of around half a million people-that’s right, smaller than Vegas. Downtown hotels go for around $220 a night plus taxes and fees, but better prices are a short Uber or train ride away. Hotels will also be pricey in Buckhead and Midtown but much more affordable in Sandy Springs (a Red line station).

The restaurant scene in Atlanta is extremely diverse, especially now with the influence of the Millennial experiential spenders. One of the hottest places is the Inman Park Krog Street Market-home to about ten different restaurants. And the good news is that there is an Inman Park train station on the Blue line and the walk to Krog Street Market from there is under a mile.

It you want to hang with the beautiful people in Atlanta, consider Southern Gentleman in Buckhead. Yes, you can get there by train (Red line) and yes, they take reservations. Another one of the hottest places in town is 2 Urban Licks, which is also about a mile from the Inman Park train station, though in a different direction from Krog Street Market. For more recommendations, consider using the Open Table app.

If you are looking for entertainment diversions, here are a few suggestions. From February 26 through March 2, the historic Fox Theater will present Les Miserables, the world’s most popular musical. Known locally as “The Fox,” the theater is famous for its exotic interior design with architectural styles from Islam and Ancient Egypt.

For Sports, the Hawks, Atlanta’s NBA team, plays the Chicago Bulls on Friday, March 1.
As far as other, more traditional downtown Atlanta attractions go, there is the Georgia Aquarium, the CNN Center and the World of Coca Cola tour. And Atlanta’s High Museum of Art, with over 15,000 works in its permanent collection, is one of the best fine art museums in the South.