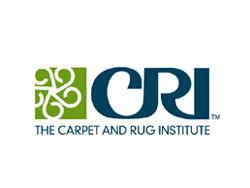 The VPS program was established in 2014 and was planned to last for two years, but CRI voted to extend the payouts to recyclers for another year.

In addition, over the course of 2016, CRI established product performance and standards, including new standard for back printing on carpet. The group also noted that it plans to issue a revision of CRI 104 and 105 installation standards in 2017.

At the event, the CRI bylaws were updated to allow up to eight members on the policy committee rather than the current six and to limit the definition of rugs to include carpet that is cut and bound, and not designed specifically for the purpose of being a rug.

The annual budget of $8.6 million ($8,594,990) includes $4 million for a voluntary product stewardship program, which provided monetary support for the collectors and processors of post-consumer carpet.

The board of directors for 2017 is as follows:

Over the course of 2016, CRI undertook a pro-active blogger communication campaign with the hashtag: #beautyofcarpet that has led to 1700 new followers.

In 2016, the group recognized Tom Pendley, former VP of operations and finance for J&J Flooring Group and currently chief financial officer for Engineered Floors, with the Joseph J. Smrekar Memorial Award. Pendley is the chairman of the Strategic Issues Leadership Council of CRI, called the SILC.