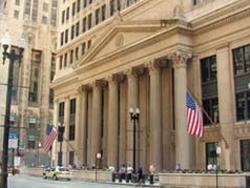 This is the first time interest rates have been raised since 2018.

“Fed Chairman Jerome Powell said Wednesday that the central bank was ready to raise rates at its March 15-16 meeting and could continue to lift them faster than it did during the past decade.

“‘This is going to be a year in which we move steadily away from the very highly accommodative monetary policy that we put in place to deal with the economic effects of the pandemic,’ he said at a news conference following a Fed policy meeting.

“Mr. Powell left the door open to raising rates at consecutive policy meetings, which are held roughly every six weeks. That is something the Fed hasn’t done since 2006.

“‘I don’t think it’s possible to say exactly how this is going to go,’ he said. Earlier, Mr. Powell said, ‘I think there’s quite a bit of room to raise interest rates without threatening the labor market.’”