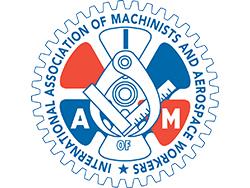 Washington, DC, May 10, 2022-The International Association of Machinists & Aerospace Workers (IAM)--which bills itself as one of the largest unions representing woodworkers in the U.S.--has called on President Joe Biden to halt imports of all Russian and Belarusian soft- and hardwoods.

In addition to decreasing funding for Russia's invasion of Ukraine, the move would help spur more U.S. wood production, an open letter from the 600,000-member union says.

"Our union believes your administration’s ongoing series of sanctions against Russia and Belarus should also include banning all its wood products, which are often used for items such as furniture manufacturing,” IAM International President Robert Martinez Jr., said in the letter.

Citing data from the Wood Resource Quarterly market report, the union reports that Russia was the third-largest source of U.S. hardwood plywood imports in 2021, at about $334 million, and that lumber is a large economic engine for Russia.