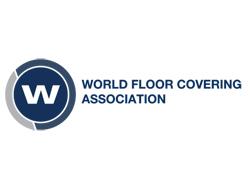 Dalton, GA, September 10, 2018-As part of an ongoing effort to ensure that member flooring dealers and contractors are represented in Washington, the World Floor Covering Association (WFCA), along with its team of lobbyists, are actively advocating on their behalf.

Below is an update on some of the key activities and proposals Scott Humphrey, Jeffrey King and Lobbyit have been focused on in 2018:

* Remote Sales Tax Collection: As internet sales of flooring have steadily risen, WFCA has continued to advocate that Internet sellers be required to collect sales tax just as local brick-and-mortar stores do as part of their effort to “level the playing field.”

* Overtime for Managers: WFCA continues to work on behalf of members to protect them from legislation and regulations that can affect a company’s bottom line. This work includes recent adjustments made by the Department of Labor regarding overtime pay for managers.

* Tariffs: After querying membership, the WFCA determined that it will not oppose tariffs on flooring products imported from China.