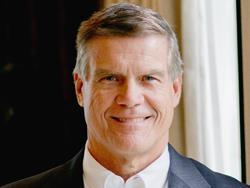 Dalton, GA, September 19, 2019-Vance Bell, CEO of Shaw Industries, was inducted into the WFCA Hall of Fame while celebrating its 60th anniversary. Bell is the 49th inductee since the Hall of Fame was established in 1992.

Bell entered the flooring industry in 1975 when Bob Shaw hired him to a sales roll for a new private label carpet program for distributors. In his 44-year tenure at Shaw, Bell has worked in multiple roles from sales and marketing to manufacturing and operations. Bell was named chairman and chief executive officer in 2006 succeeding Bob Shaw.

The event was held at Barnsley Resort in Adairsville, Georgia with 284 people in attendance. Scott Humphrey, CEO of the WFCA, honored Bell by reading from a list of testimonials from key people in the flooring industry who have been impacted by Bell’s leadership.

“Vance Bell provided stability and continuity on innovation and vision of change through a very critical time of transition at Shaw and through the worst recession our industry has ever experienced. He’s a highly gifted, respected and accomplished leader who asks, listens, takes ownership and takes action,” said Howard Brodsky, co-founder of CCA Global.

“In the first one-on-one meeting with Vance to discuss the terms of the acquisition of US Floors, I knew I was going to make a deal with him. He stood firm on defending the best interest of Shaw to make sure I was not going to feel anything less than a winner. Having worked for him for almost three years now, I've come to find out his management style is an exact reflection of how he negotiated with me--firm but not overpowering, listening first rather than posing his opinion, suggesting instead of demanding, creating the platform and providing all the support to make you successful. No matter what your dealings are with Vance or where you stand in the enterprise, you’ll always meet the same integrity, support and commitment to help you succeed,” said Piet Dossche, founder and CEO of US Floors.