Ellis Announces Retirement as Exec. Director of AFA at Meeting 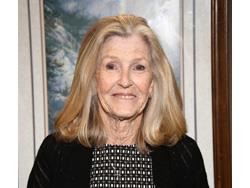 The meeting, reception and dinner held at Hilton Garden Inn in Dalton, Georgia.

Ellis will officially retire in mid-January after the Domotex Germany show, and Stephanie Manis will assume executive director role when Ellis retires.

In other news, the group elected two new board members: Jim Shaheen of Shaheed Carpet Mills and Paul Yacobucci of Piedmont Commercial Carpets.

The AFA announced that it will not host a pavilion at Domotex Shanghai in 2019 due to lack of interest from the membership.

The AFA was formed in 1979 to promote the floorcovering industry. AFA, a not for profit association, promotes the industry’s products and services to the world and educates the members and others through seminars, press releases and trade shows.