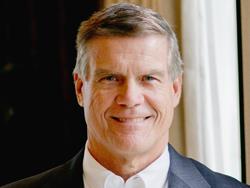 Dalton, GA, June 13, 2019--The World Floor Covering Association (WFCA) has named Vance Bell, chairman and chief executive officer of Shaw Industries, to the industry’s Hall of Fame. Bell has become the 49th inductee since the Hall of Fame was established in 1992.

Born in Macon, Georgia, Bell attended Georgia Tech where he played football and in 1973 received a degree in Industrial Management. His playing days on the football team ended his sophmore year due to a knee injury. After graduating, he went to work for West Point-Pepperell in a manufacturing role. Bob Shaw hired Bell in 1975 in a sales roll where he started a private label carpet program for distributors. In his 44 year tenure at Shaw, Bell has worked in multiple roles from sales and marketing to manufacturing and operations.  Bell was named chairman and chief executive officer in 2006 succeeding Bob Shaw.

“I am honored to endorse a well-deserved recognition to a man I’ve known for over 35 years, Vance Bell. He is unique, as Vance has dedicated his entire career to one company and one industry. He has been instrumental in building Shaw Industries into one of the top floor-covering companies in the world, and he did it with incredible ethics and values. He has been a true advocate of making this industry superior; creating advantages for consumers, retailers, and mills. I can think of no one more respected and more deserving of this honor than Vance Bell. He understands the meaning and value of “partnerships” with customers,” said Howard Brodsky, chairman and chief executive officer of CCA Global Partners.

Bell is the chairman and chief executive officer of Shaw Industries Group, the largest carpet manufacturer in the world. Based in Dalton, Georgia, Shaw is a subsidiary of Berkshire Hathaway Inc. Shaw now boasts more than $6 billion in annual sales and has approximately 23,000 employees.

Bell will be joining a distinguished list of industry pioneers and leaders who have received this honor. He will be inducted during a ceremony at the WFCA’s 60th anniversary celebration at Barnsley Resort on Thursday, September 19, 2019.