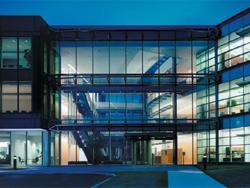 The total pipeline has been growing modestly over the past two years and is expected to continue its ascent at least into the first quarter of 2019. However, pipeline totals are still distant from the all-time high of 5,883 projects/785,547 rooms reached in the second quarter of 2008 and are not expected to reach those records again this cycle.

Projects in the early planning stage with 1,594 projects/ 84,031 rooms are up significantly, 31% by projects and 23% by rooms year-over-year (YOY). Big jumps are typical for the back-end of a hotel real estate cycle when developers rush to move projects from the drawing board to the pipeline before further interest rate hikes, the rising cost of building materials and the continued struggle to secure skilled labor take effect.

Projects scheduled to start construction in the next 12 months, with 2,144 projects/253,102 rooms, are near even YOY. Projects currently under construction are at 1,638 projects/213,443 rooms, while the highest count for this cycle, they are up only modestly YOY.