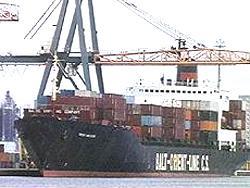 Washington, DC, September 12, 2019-On September 11, President Trump announced via Tweet that he will delay the 5% increase in tariffs, including Chinese-made flooring, from October 1 to October 15.

In total, as of the October 15 date, impacted products, including flooring, will be tariffed at a 30% rate.

In two Tweets, Trump said, “At the request of the Vice Premier of China, Liu He, and due to the fact that the People's Republic of China will be celebrating their 70th Anniversary...on October 1st, we have agreed, as a gesture of good will, to move the increased Tariffs on 250 Billion Dollars worth of goods (25% to 30%), from October 1st to October 15th.”