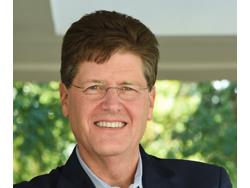 Dalton, GA, April 17, 2019--Shaw has announced the appointment of Tim Baucom as president of the company.

In this new role, Baucom is expanding his current responsibilities for the company’s residential flooring division to include Shaw’s commercial flooring and turf businesses.

Baucom joined Shaw in 1992 after spending the first 11 years of his career with DuPont, where he held positions in engineering, manufacturing, planning, sales, and marketing. Since joining Shaw, Baucom has held leadership positions across multiple segments of the company, including in residential and commercial sales. He was instrumental in building the commercial business into the largest commercial flooring entity in North America.

“Tim has been an instrumental member of our leadership team since his appointment as executive vice president of our residential group three years ago. He has led our residential business to improved levels of performance through product innovation, sales organization alignment, brand focus, and improved support for customers,” said Shaw chairman and CEO Vance Bell.