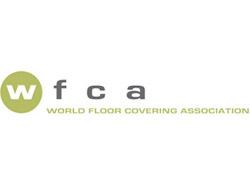 Anaheim, CA. Jan. 5, 2012 -- After a one-year drought without an inductee, the World Floor Covering Association Flooring Industry Hall of Fame has inducted three individuals this year.

The common thread among them is they all have played a significant role in floor covering retailing as teachers, merchandisers and buyers.

The formal induction will take place on May 3 in conjunction with the WFCA’s Annual Meeting and Board of Directors Meeting in Boca Raton, Florida.

Calandrino, who passed away in 2010, in her 30-year career was a successful floor covering retailer, consultant, journalist, speaker and visionary.

Her retail floor covering store, which ultimately grew to 10 stores in upstate New York, provided her with the background and experience to share her success with others, which she did as a speaker, consultant and journalist. She was the founder, owner and president of Peachtree
Communications, which specialized in helping retailers enhance sales and merchandising.

Mishkin is currently president of CCA Global Partners. In 1984 along with colleagues Howard Brodsky and Alan Greenberg, they founded Carpet Co-op of America with a unique premise: enable independent carpet retailers to operate profitably in an increasingly competitive marketplace.

Carpet One has grown to 14 divisions and more than 3,200 retail locations in less than 30 years.

Pumphrey began his career at the age of 10 as a helper at his parents' on location rug cleaning company.

His parents purchased the Cleaver Carpet Cleaning Company in Colorado Springs in 1941 and Paul became a cleaning technician and repairman.

By 1956, Cleaver Carpet Center had become the dominant carpet outlet in Southern Colorado.